Do you recall your first experience with Mario video games? Well, I can’t, and the fact that, despite our inability to pinpoint the exact moment we started worrying over Mario, it still plays a significant role in our life, speaks volumes.

There are now a lot of Super Mario games that are created every year, and practically all of them have unique features. The Mario video games have seen numerous remakes, clones, and sequels.

With the development of technology, people’s imaginations have been drawn to the gaming world. Kids and teenagers can indulge in their gaming craze in a variety of ways. Nintendo has so transformed the video game industry.

It is challenging to choose a single Mario game that stands out. What Mario game do you believe to be the finest of all time, if you’re a fan of Mario like I have always been? People of all ages enjoy playing these games. Let’s find out whether you are unable to choose only one name.

The 1985 Nintendo arcade classic Super Mario Brothers are one of the most well-known & all-time favorite arcade games ever. As children, we used to play it nonstop. Despite the fact that Donkey Kong was, as far as we know, his first leading part and the first time we got to play Luigi, Mario has been around for a while.

As we are all aware, the game’s simple goal is to kill the monsters emerging from the pipes in order to gather coins, earn points, and save the Princess. With over 50 million copies sold worldwide, Super Mario Brothers are one of the most popular video games ever. Even after 27 years, the game can still be a ton of fun to play.

Read more on: 10 Free Tetris-Like Games You Can Play Online

When the Gameboy debuted in 1989, Super Mario Land was already available. It’s the first Super Mario game to ever be made for a handheld gaming system. The gameplay is a little bit like the original Super Mario, although it was created for the smaller console screen.

Two levels of the Shoot ’em Up kind are also included in Mario Land. Both Mario Land and the portable GameBoy platform were instant hits, with more than 18 million copies sold worldwide.
Along with Tetris, it was among the most popular launch titles.

Additionally, this game introduced the Mario series to handheld gaming. It’s actually pretty cool levels, and every level in the game adopts themes that are absent from other Mario games.

Some of the best elements from the original series have been included, and some have even been lifted from other platformers like Castlevania. The game may appear on your PC in a small window depending on your setup.

It’s hard to realize that the Mario 64 video game has been available for more than 20 years. This game’s narrative is rather simple. Mario was welcomed by Peach, but before he could enter Peach’s castle, he received word that Peach had been taken by Bowser and needed to be rescued.

The castle acts as a general hub world where Mario can move from world to world or course to course. The game takes the same fundamental idea of having an overworld as we see in the other 2D games and imaginatively transposes them into a 3D structure.

It really just helps the overall idea and theme of this game come across. The gameplay is pretty fluid; instead of levels, we get a single world with options and tasks for Mario to complete in order to get a gold star. It could have been a linear game, but it works so much better as just an open game where you feel like the possibilities are endless.

This game features 15 worlds with unique objectives, which makes it a very lengthy experience. It definitely sets the bar for what players want in an adventure game and the variety that players really require; we’ve seen this in other 2D platformers but never in a 3D. The world variation is actually excellent; there are a couple of stages in snow and underwater.

Mario World is the game you must play if you are a fan of Mario and would like to have a different but distinctive experience. It is regarded as the best-selling SNES title and is more of a sequel to Super Mario 3 on the Nintendo platform.

The iconic “fan-favorite character” Yoshi and the newest power-up, the cape, were both first featured in this game. Different levels of difficulty will be presented to the players, and they will then have to overcome challenges in order to save the princess.

The game requires some good strategy to win, as well as hidden locations to be found and a series of levels to navigate. The music adds a little extra enjoyment to the game.

In the multiplayer game Super Mario War, up to four players compete in a deathmatch on a screen with a standard Mario design to see who can stomp the most Marios.

The game’s graphics, audio, and music all appear to be taken directly from vintage Nintendo games. Mario Wars offers a variety of game types in addition to the standard deathmatch, like GetTheChicken, Domination, Capture the Flag, and more. You can even make your own maps using the level editor.

Mario Forever Galaxy is one of the best-reviewed platformer remakes of Super Mario 3 and was created by buziol games. The villainous browser kidnaps a princess peach and transports her to an abandoned planet in another solar system.

In order to find the princess, Mario and his companions must travel and explore space. A well-thought-out approach must be used to defeat the wicked browser and save the princess.

You may already be familiar with Super Mario 3 Mario Forever, which was created by Buziol Games. One of the most well-liked remakes of the original Nintendo Classic is this one.
There’s a good reason why Super Mario 3 Mario Forever is regarded as the greatest; it receives frequent updates and features engaging gameplay. The game is unquestionably among the best Mario game remakes ever.

Read more on: What Are Nintendo Amiibo? And Best Ways To Play It

All, Mario isn’t simply the main character in platformers; he also plays a major role in one of the greatest racers ever. For couch racing and internet enjoyment, Mario Kart 8 is a must-have if you have a Switch.

There is nothing that can really compare to it in terms of physics, which are wonderfully balanced for an entertaining challenge and lovely music. 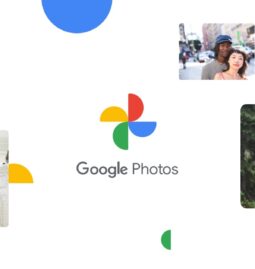 Read More
Do you wish you could send numerous photos without using large email attachments? If you want to host, share, and access your images from anywhere or with anybody, think about using a well-known cloud storage service. It’s time … Read More
It’s simple to understand why finger tattoos have grown in popularity recently. Even though they are less noticeable than most tattoos, these inkings are no less significant and may be customized to fit any style. Everybody can find … Read More
The perfect lighting that draws attention to the surroundings is essential for the perfect workspace. Having the perfect desk lamp makes sure that your thoughts are always as bright as your desk space, regardless of whether you are …