Actor Tahj Mowry is from the USA. He is recognized for playing the lead character TJ on The WB’s Smart Guy, while the program ultimately found success on Disney Channel. He is the brother of identical twin actresses Tia Mowry and Tamera Mowry.

In a tribute to this role, Mowry was eventually chosen to voice 10-year-old super-genius Wade Load on Kim Possible. He is also well recognized for his appearances as Tucker Dobbs in the comedy series Baby Daddy on Freeform and Teddy, Michelle’s best friend on Full House. On May 17, 1986, Tahj Mowry was born in Honolulu, Hawaii. His mother, Darlene Renée, oversaw her kids’ professional lives. When the family moved to California, his father, Timothy John Mowry, joined the U.S. Army and eventually worked as a custodial officer/jailer for the City of Glendale Police Department.

Tahj Mowry’s mother is of Afro-Bahamian descent, while his father is of English and Irish lineage. His parents first met in Miami, Florida, during high school. Both individuals enlisted in the American Army and eventually attained the rank of Sergeant. Tia and Tamera Mowry are his older twin sisters, and he also has a brother by the name of Tavior.

Read More On: Jeff Wahlberg: What To Know About The Acting Career Of Jim Wahlberg’s Son

At Westlake High School in Thousand Oaks, California, he participated in varsity football. Tahj Mowry also played football for one season at Savannah State University and the University of Wyoming. His sisters Tamera and Tia both received degrees from Pepperdine University in Malibu, California, where he also studied.

As the juvenile prodigy T.J. Henderson on the sitcom Smart Guy, Tahj Mowry is arguably best recognized. In the comedy Full House, he plays Teddy. Tahj Mowry also had appearances in Disney Channel films like The Poof Point and Hounded. He appeared in The Suite Life of Zack & Cody, a Disney Channel Original Series, and “Innocence,” an episode of Star Trek: Voyager. Danny Pulu and Willie Donovan, played by Mowry, respectively, in Are We Done Yet? and Seventeen Again. The fourth season of Desperate Housewives included Mowry in one episode as well.

Tahj Mowry also made a cameo appearance as Melanie Barnett’s brother on an episode of The Game; Tia Mowry, who plays Melanie, is actually his sister. In the Disney Channel animated series Kim Possible, Mowry voiced Wade.

School’s Out! featured Mowry singing “Shine Your Light On Me.” Christmas, Circle of Life appeared on the track “Kick It Out” with Boom Boom Satellites and Flo Rida from the Disney Channel Circle of Stars version of The Lion King, which was featured on the Platinum Edition DVD. In a Friends episode where Phoebe sings for kindergarteners, he also made an appearance.

Additionally, he played Tucker Dobbs in the ABC Family comedy Baby Daddy. On June 20, 2012, the half-hour sitcom made its debut. In April 2015, Mowry released “Flirt,” his debut song, which was created by Excel Beats. On August 4, 2015, he issued a six-song EP under the title Future Funk. The standout tracks on the EP were “Bossy,” “Dancing Alone,” and “End of the Road.”

For three episodes, Mowry served as a guest co-host on the daytime chat show The Real alongside his sister and co-host Tamera Mowry. The Muppets Mayhem, a new Disney+ series, will feature Mowry as its lead. 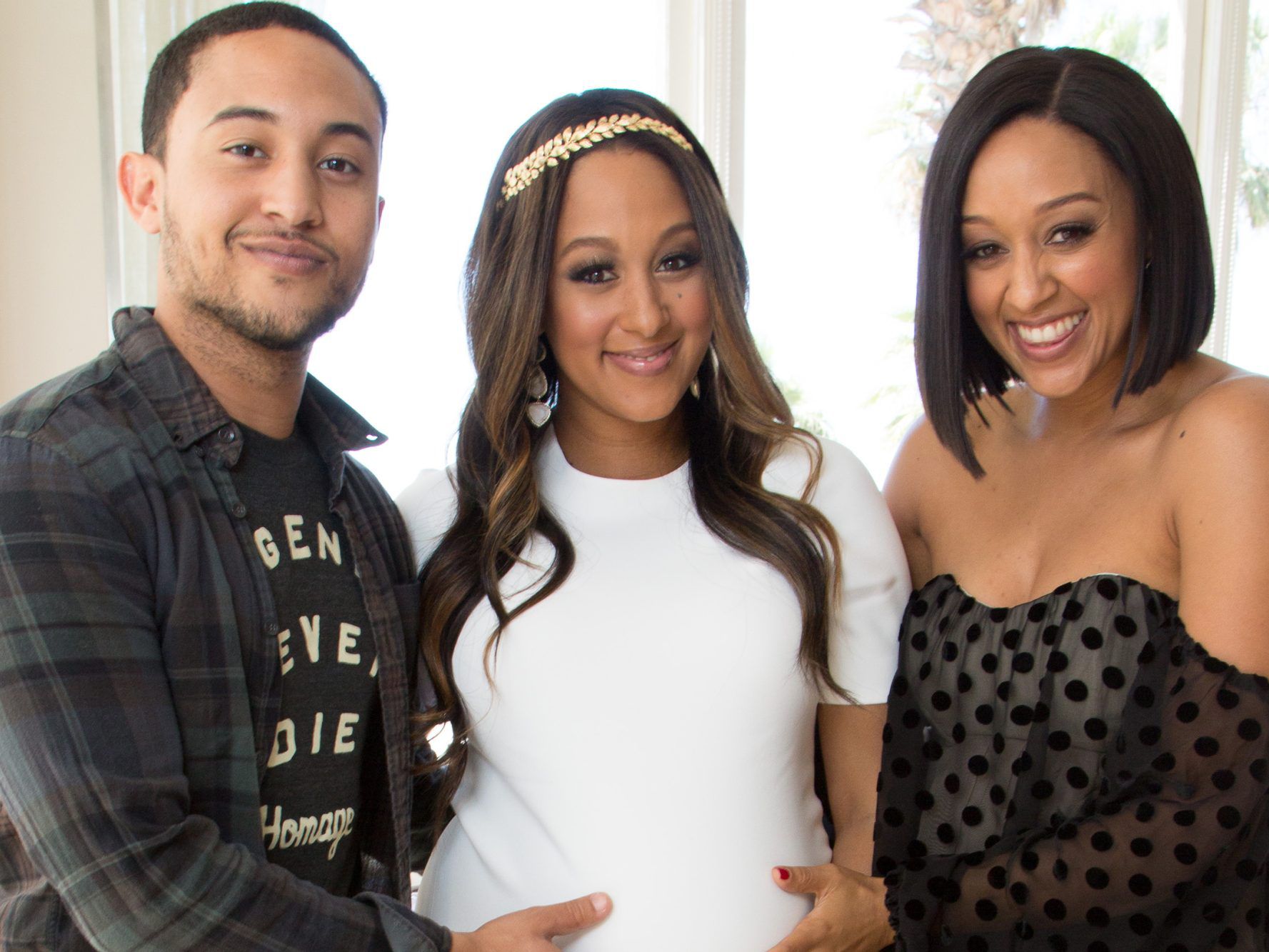 On July 6, 1978, Tamera Darvette Mowry was born in Gelnhausen, then-West Germany. When Tamera and Tia were born, both of her parents were serving overseas after enlisting in the U.S. Army at a young age. The twins and their two younger brothers were raised together, and the family eventually moved to California. At the age of eight, Tia and Tamera both experienced a new birth as Christians.

Early in the 1990s, Mowry started performing in TV shows like “Flesh ‘n’ Blood,” “True Colors,” and “Full House.” When she and Tia were cast as the leads in “Sister, Sister,” she and Tia made their first significant breakthrough. Tamera had time to star in other shows, such as “Are You Afraid of the Dark,” while she was appearing in “Sister, Sister.” Additionally, she was cast as a voice actor in “The Adventures of Hyperman.” Before obtaining another voice acting position in “Detention,” Tamera had an appearance in an episode of “Smart Guy” in 1997.

“Sister, Sister” was finished by this stage. Later, Tamera had TV appearances in movies including “Something to Sing About” and “Seventeen Again.” Tamera collaborated with her twin sister once more in the Disney TV movie “Twitches” after landing a two-year role in “Strong Medicine.” She later played the same character in the follow-up, “Twitches Too.” Before Tamera made an appearance in “Double Wedding,” another TV movie, she had a few more voice acting gigs on “Family Guy” and “The Super Hero Squad Show.”

Need Brand is the name of the business that Tia and Tamera founded. They both became mothers at around the same time. Two items have been made available: Milky!, a milk bottle, and Stretchy! (a stretch mark cream). “Twintuition: Double Vision” and “Twintuition: Double Trouble,” two books written by the duo, have also been published.

Because of her Christian views, Tamera Mowry stayed celibate for a long time. Although she eventually lost her virginity at the age of 29, she felt bad about it and resolved to wait to get married till then. Tamera wed Fox News contributor and former professional baseball player Adam Housley in 2011. Before getting married, they dated for six years. They have had two children together over the course of their relationship.

Read More On: DDG: Fascinating Facts About Him

Tia Mowry is a $4 million-dollar American actress, singer, novelist, and voice-over artist. Tia is most known for playing the title character in the sitcom “Sister, Sister.” Tamera Mowry, Tia’s twin sister, appeared on this program as well. The identical twins have shared the stage with one another in several shows throughout the years. “Twitches” and its follow-up, “Twitches Too,” are another excellent illustration.

On July 6, 1978, Tia Dashon Mowry was born in Gelnhausen, then in West Germany. Tia met actor Cory Hardrict while working on the set of the movie “Hollywood Horror.” Six years after they started dating, they got engaged. The two were wed in 2008. They have had two children together over the course of their relationship.

Tia reportedly paid $1.545 million for a house in Agoura Hills, California, in 2019. The 4,200-square-foot house has a center-island kitchen, five bathrooms, and five fireplaces. The house is situated on a one-acre site that includes a lawn, a patio, a playground, and a sports court. The residence offers spectacular views of the canyons and mountains because it is perched atop a crest. Two years before, Tia had made the initial purchase of the house. 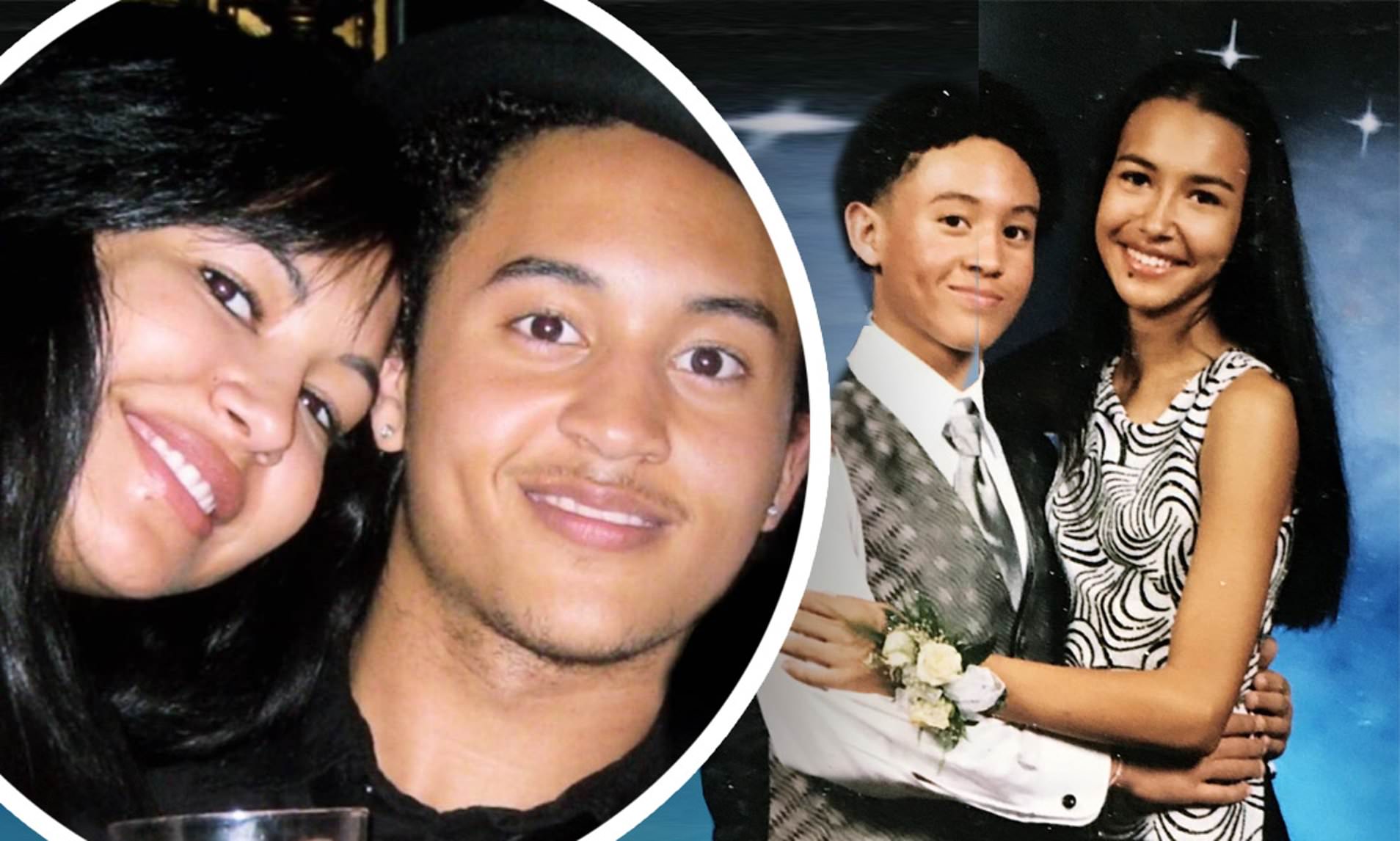 On the set of a photo session, Mowry and Rivera first connected as kid actors. The young performers were only 4 years old at the time, and their mothers were close friends. They had a relationship over the course of their lives that was briefly passionate, and, in Mowry’s words, he never stopped adoring Rivera. Fans claim that the former pair dated between 2000 and 2004. Alongside Mowry, Rivera also made an appearance on Smart Guy.

In an interview with VICE in April 2020, he talked candidly about his time with Rivera. Since our families were close, he said that the union was almost prearranged. “She’ll say it was just a kid thing, but I think differently. There were three times we dated, and the last time was probably from age 20 to 23ish. The third time wasn’t the charm, but I wish her the best.”

In her autobiography, Sorry, Not Sorry, Rivera acknowledged that her first kiss was with Mowry. Because “he needed to date someone more on his financial level,” he allegedly ended things. But she said that they were still close friends.

Mowry used Instagram to express her sorrow about Rivera’s passing and presumptive demise. He revealed to his fans his lengthy and intricate relationship with Rivera, beginning with their early days of acquaintance.

“We grew up together. We became adults together. We experienced so many firsts together. You were my first experience with everything; love, intimacy, heartbreak,” he captioned a black and white photo of Rivera in part. “We broke each other’s hearts and then mended them back together…more than once.”

Tahj Mowry expressed sorrow for not expressing his affections for Rivera as frequently as he believed he should have and hinted at some amount of estrangement between the two ex-lovers. He left the possibility of a reconciliation with Rivera open for Mowry.

“I’ve never liked to admit it but I have never stopped loving you,” he admitted. “A part of me always wished for the day where God would bring us back together to be what we dreamt we could have been.”

Despite the fact that specialists believe Rivera won’t be discovered alive, Mowry is clinging to hope and requesting good thoughts for Rivera’s safe return and the consolation of her family.

The other Mowry siblings joined Tahj Mowry in sharing their sorrow. Regarding Rivera, Tia and Tamera both sent heartfelt messages. They all grew up working in the industry together, and because Rivera once dated one of their brothers, they developed their own relationships with the Glee star.

“My Naya! My Naya. I can’t sleep. #prayers, please. My Naya,” Tia captioned a photo of her with Rivera. She followed it up with a solo photo of a smiling Rivera, captioning the post, “My sweet Naya. I still have hope.” She also shared Tahj’s post on her Instagram story, writing, “Please come home.”

Tamera posted a picture of Rivera cuddling her kid Josey. “My heart is aching. I have no words,” she wrote. With a prayer hand emoji, she added, “Let’s pray they find her.”

Read More On: Giannis Antetokounmpo And His Four Brothers: Success And Net Worth

Tahj Mowry has a net worth of $1.5 million and works as an actor, dancer, and singer in the United States. Perhaps Tahj Mowry’s most well-known part is that of H.J. Henderson in the hit sitcom Smart Guy. His role as the endearing genius greatly increased his net worth. It appears that Mowry was born to be a celebrity. Read More
Robert James Ritchie, aka Kid Rock, is his true name. Located in Romeo, Michigan, he was born on January 7th, 1971. Robert Ritchie grew raised on a sizable estate and his father owned a prosperous auto dealership. Ritchie … Read More
Who is Kristin Luckey? Kristin Luckey is a Celebrity Ex-girlfriend and mother of Christopher Cody. She gained a lot of attention when she and her ex-boyfriend Billy Ray Cyrus started dating back in 1991. The ‘Old Town Road’ …