iMessage games, which Apple introduced for iOS 10, gave texting a new dimension. The turn-based nature of all iMessage games allows you and your friends to play whenever you want. The games listed below range from those that must be played through iMessage to those that can be played anywhere. Find out how to play games on iMessage before looking at the list of the best games.

You’ll be astonished by the variety of iMessage games, which range from chess and word games to crazy golf and bowling. Start a new conversation in Messages, tap the gray App Store icon (next to the iMessage text box), then tap the blue App Store icon to download any of them.

Once you’ve found and downloaded the desired game, return to your iMessage discussion and scroll straight along the applications menu until you see it.

Having said that, you’ll need to download each iMessage game first, so we’ve compiled a list of the top games on iMessage right now.

Get iMessage Games: How to Do It

Comparing the new iOS to its predecessors, the interface is slightly different. For iOS versions, 10 and up, the instructions are essentially the same. iMessage games cannot be played on older iOS versions.

You should see a selection of iMessage-compatible apps, games, and stickers. Find the game you’re searching for using the search option, then tap Get to install it.

How to Play iMessage

Your chosen game gets appended to the end of your list of apps after it has been downloaded. Within iMessage, you can compete with your friends:

You can immediately begin playing. Your friend gets a message letting them know it’s their turn after your turn is over.

Over a dozen classic games are contained in one app called Game Pigeon. From iMessage, challenge your pals to a fun game of Checkers, Poker, Gomoku, or Battleship. Although these games have in-app purchases, they are all free to play.

The greatest place to start if you’re unsure about what to download as your first iMessage game is GamePigeon. Including an 8-Ball pool, mini-golf, basketball, archery, darts, chess, 20 Questions, Four in a Row (Connect 4), and checkers, it is a collection of over 20 mini-games. The ability to switch between games gives you lots of options for a weekend or evening spent at home, even though few of the games are as easy to learn and as enjoyable to play as some of the others on our list.

A free word-trivia game like Pictionary is called Wordie. A jumble of letters and four images that act as indications for the mystery word are given to the players. Up to 40 players can be grouped together. Additionally, you can sync your game with your Apple Watch and all of your other Apple devices.

If you feel like playing some serious b-ball with your friends while staying cool, check out Cobi Hoops. Players battle to see as many baskets they can make in 30-second rounds in this free game. To improve your score and open up new difficulty modes, use trick shots.

By inviting players to place bets, Let’s Puck It! adds an intriguing twist to a traditional American pastime. You can either come up with your own stakes or choose from a list of choices like “loser buys supper.” The puck is moving faster with each volley, so be cautious with your wagers.

If you’ve never played Boggle, it’s a word-spelling board game where players have two minutes to come up with as many words as they can from a set of random letters. Essentially, it’s a quick version of Scrabble. To play against pals in iMessage, download the Boggle With Friends app and practice alone.

Mr. Putt, which was created by a University of Missouri–Kansas City student, has quickly risen to the top of the list of mini-golf apps for iMessage. Despite the difficulty of the game, the smooth graphics and easy controls prevent excessive frustration. Mr. Putt is only available for iMessage and is free to play.

Even while GamePiegon has its own chess game, Checkmate! is where you should go if you’re serious about capturing kings across 64 squares. Chess is played through correspondence, so you don’t have to sit down and play simultaneously. Instead, you send your most recent action similar to how you most recently sent a message.

That’s pretty much all, however, it’s nice that the app does keep track of your moves and allows you to send real messages to your opponent in order to taunt or prod them. Although it does cost $1 to download, it is definitely worth the money if you want to play it more than once.

Bubble Bop may appear to be yet another ripoff of the popular arcade game Bust-a-Move, and it actually is. But anyone who has played Candy Crush or a game like it will know exactly what to do: To pop balloons of the same color before they completely fill the screen, and match them up.

Other iMessage Games You Can Try Out.

Moji Bowling can turn out to be one of your favorite iMessage games if you enjoy bowling. It allows you to compete against friends in 10-pin bowling contests by swiping your ball at the pins and texting the results to your opponent, who then gets to take their turn. It may also be played as a standalone app, which allows you to practice in single-player mode before competing against friends and family, in contrast to several iMessage games.

In the addictive iMessage game Letter Fridge, you must use a variety of virtual fridge magnets to spell words on the crossword-style grid above. The goal of the game is for players to find as many words as they can before the timer expires. Although it is straightforward, the time constraints make it more intriguing and engaging than it otherwise would be.

Simple Trivia allows you to take questions that test your general knowledge while competing against friends, which must be a fantastic fit for the iMessage format. You begin by deciding which of the six categories sport, history, geography, entertainment, and science you want to compete in. The multiple-choice format of each question gives you a chance to guess right if you don’t know, but over the course of the entire game, the player with the most knowledge nearly always wins. It provides a fantastic opportunity to learn something new while having fun.

The iMessage games that you can play with the most comfort and without sacrificing the competitive aspect are the best. Tic Tac Toe is the only evergreen iMessage game you need if you want to play with your friend for hours without having to learn anything new. It’s one of my go-to choices, and I assume that after a few games, your experience will be the same.

A list of the best iMessage games would be incomplete without another interesting board game. And one of the first games that come to mind when you think of a widely regarded board game is Yahtzee with Buddies Dice.

Numerous stages packed with obstacles and bonuses may be found in the game. Additionally, the board game gives you the chance to take part in exhilarating competitions like Yahtzee Solitaire, Yahtzee Bingo, and Yahtzee Stars, where you may demonstrate your gaming prowess to annihilate opponents.

It’s interesting that Yahtzee with Buddies Dic features a survival mode where you may engage in real-time competition with other players for special rewards. Aside from the enjoyable gameplay, it is also very customizable, allowing you to adjust the dice to your personal preferences.

Read More
If you’re looking for the hottest female fitness models, Instagram has an endless list. These models have managed to maintain an excellent level of health and strength that has made them extremely attractive. That being said, who is … 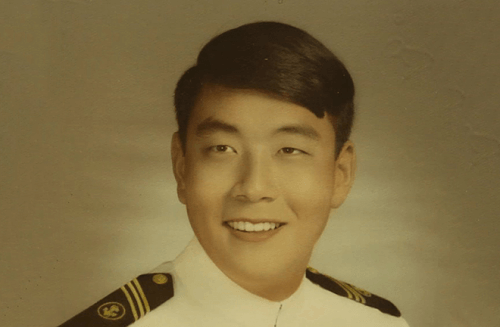