American musician Travis Barker, who was born on November 14, 1975, plays the drums for the rock group Blink-182. Along with performing as a regular hip-hop artist collaborator, he also founded the rock bands +44 and Box Car Racer, played in the rap-rock band Transplants, and later joined Antemasque and Goldfinger. With the late DJ AM, Barker frequently collaborated, and the two of them formed TRV$DJAM. Due to his notoriety, Rolling Stone listed him as one of the 100 best drummers of all time and “punk’s first superstar drummer.”

In Fontana, California, Travis Landon Barker was born. He was raised by his father Randy, a mechanic, mother Gloria, a babysitter, and two elder sisters. At age 4, Barker’s mother gave him a drum kit, and the following year, he started taking lessons. In junior high, Travis also studied the trumpet, picked up the piano, and temporarily joined a choir.

He thought about going pro as a skater or surfer but decided that playing the drums was the greatest way to express himself. Sad to say, Barker’s mother passed away from Sjögren disease the day before he started high school. Travis was a self-described stoner who participated in the marching band and jazz ensemble while attending Fontana High School.

After graduating from high school, Barker played in the bands Snot and Feeble before joining Chad Larson’s ska-punk outfit, the Aquabats, in 1996. When Blink-182’s drummer quit the band, Travis recorded one album with the Aquabats and the band went on tour with them. In 1998, Barker took over as the band’s official drummer. As of June 1999,

Travis Barker’s debut album with Blink-182, “Enema of the State,” was released, and the band gained enormous popularity as a result of the singles “All The Small Things,” “What’s My Age Again?” and “Adam’s Song.” The video for “All the Small Things” won an MTV Video Music Award in 2000, and the song reached #1 on the Modern Rock Tracks chart and #6 on the Billboard Hot 100 chart.

Travis joined Tim Armstrong of Rancid’s rock/rap ensemble the Transplants in 2002 and contributed to four of their albums. In addition to recordings with the bands +44, TRV$D JAM, Box Car Racer, Expensive Taste, Goldfinger, Yelawolf, and other groups, Barker also recorded a solo album in 2011 titled “Give the Drummer Some.”

Barker created a musical label, LaSalle Records, in 2004 and a clothing brand, Famous Stars & Straps, in 1999. In addition to appearing in a number of films and TV episodes, such as “American Pie,” “Two Guys, a Girl, and a Pizza Place,” “The Simpsons,” and “CSI: Crime Scene Investigation,” he published a memoir in 2015 titled “Can I Say: Living Large, Cheating Death, and Drums, Drums, Drums.”

On September 19, 2008, in Columbia, South Carolina, TRV$DJAM shared the stage with Perry Farrell of Jane’s Addiction and Gavin DeGraw. “We all thought it was kind of a treat we were on a private plane,”  Barker said of the trip. Moakler, Barker’s ex-wife, had been invited, but she had turned him down because she felt strange about leaving their kids. Che Still, a security guard for Barker, was invited to take the empty seat since he seemed like he’d be nice company and enjoy the trip.

In his teenage years, Barker was “convinced” he would perish in a plane disaster since he had a constant fear of flying. Blink-182 made a “Zoso-like” emblem for each band member when creating the artwork for Taking Off Your Pants and Jacket in 2001. The icons were an airplane, a pair of pants, and a jacket. Barker pleaded with them not to give it to him because he had a terrible fear of flying, but they nevertheless gave it to him.

The aircraft’s passengers heard a tremendous blast just before midnight as it was flying down the runway toward Van Nuys, California. The Federal Aviation Administration said that air traffic controllers first noticed sparks coming from the aircraft as it was taking off from the airport. The takeoff would be canceled after the pilots informed the control tower that a tire had blown out. Instead, it flew straight through the airport’s gate, over a highway, and into a hillside, where it crashed. When everything came to a standstill, Barker recalled, “When everything stopped, I tried to get everyone I could.”

Adam “DJ AM” Goldstein and Barker dashed around in circles as they fled the aircraft. Barker fell to the ground after hearing shouts of “Stop, drop, and roll,” and Goldstein assisted him in putting out the flames while still standing. As the plane was detonating, I was lying close to AM and yelling, ‘Are we alive?'” Upon arrival at the Joseph M. Still Burn Center in Augusta, Georgia, Barker, and DJ AM were both classified as being in critical condition. Personal assistants Chris Baker and Che Still, as well as the two pilots, perished in the collision; they were the only survivors. Goldstein passed away from an overdose less than a year later.

Barker was hospitalized and treated for burns for more than 11 weeks. He underwent 16 procedures, including many skin transplants and blood infusions that lasted 4 to 8 hours. “There were times when they were talking about amputating my foot because I didn’t have enough skin on my body for my grafts,”  he stated. Barker also experienced post-traumatic stress disorder, which was exacerbated by the overwhelming guilt he experienced after learning Still was not intended to be on the aircraft. Barker was in so much pain when he was in the hospital that he was calling pals and asking them to assist him to take his own life for $1 million.

To enhance his protein intake and perhaps hasten the healing of his burns, he gave up his vegetarian diet and started eating meat. In November 2008, Barker was able to return to the recording studio after recovering from the event. He told MTV during his first on-camera interview since the accident, “I’m already playing my drums again, and I’m already back in the studio.” He clarified, saying that going back to the studio  “was like riding a bike. It was really exciting to know I still have my chops. It still felt good… I still can make it around the kit. Everything felt right, so I’m thankful to be able to play.”

In that same month, Barker filed a lawsuit against the plane’s owners, Goodyear Tire and Rubber Co., as well as an aviation maintenance business. The matter was eventually settled outside of court in December 2009, although the contents of the agreement are private.

In August 2002, Travis Barker filed for divorce from Melissa Kennedy after a nine-month marriage. On October 30, 2004, he wed actress and former Miss USA 1995 Shanna Moakler. On the eve of Halloween, the pair married in a ceremony designed in the Gothic style of Tim Burton’s The Nightmare Before Christmas. Together, Barker and Moakler are the parents of a girl born in 2005 and a son born in 2003. The relationship between Barker and his stepdaughter, Oscar De La Hoya, the boxer who was once Barker’s fiancé, has not changed. Meet the Barkers, a reality television program that ran on MTV from 2005 to 2006, featured the family.

After almost two years of marriage, Travis Barker filed for divorce from Moakler on August 8, 2006. Each used their MySpace profiles to express their opinions on the divorce, which led to its public disclosure. Early in 2007, there were rumors that Barker and Moakler were “quietly trying to give it another go” despite their impending divorce. This was according to claims that they were seen signing a fan’s book with a heart around their names. Moakler denied being pregnant when she told People magazine in March 2007 that she and Barker who is still married were back together.

This happened after the couple made public displays of affection during Barker’s wife’s surprise birthday celebration in Miami. Later, it was claimed that the pair had broken up again with no explanation. At the 2007 MTV Video Music Awards, Barker and Moakler were spotted together kissing and holding hands. However, the couple’s divorce was officially formalized on February 11, 2008.

By very late 2020, there were rumors that Barker and Kourtney Kardashian were dating. These rumors were confirmed, and in January 2021, their relationship became official. In the course of this partnership, he flew again after a 13-year absence. The pair proposed in October 2021. Following the 64th Annual Grammy Awards on April 3, 2022, they exchanged vows informally in Las Vegas. The pair had a religious wedding ceremony in Portofino, Italy, on May 22, 2022, and were then legally wed on May 15, 2022, in Santa Barbara, California.

Barker, who was brought up a Catholic, often prays with his kids and professes his belief in God.

Barker was admitted to the hospital on June 29, 2022, as a result of a stomach ache and his inability to walk. Later on, it was revealed that Barker had pancreatitis. 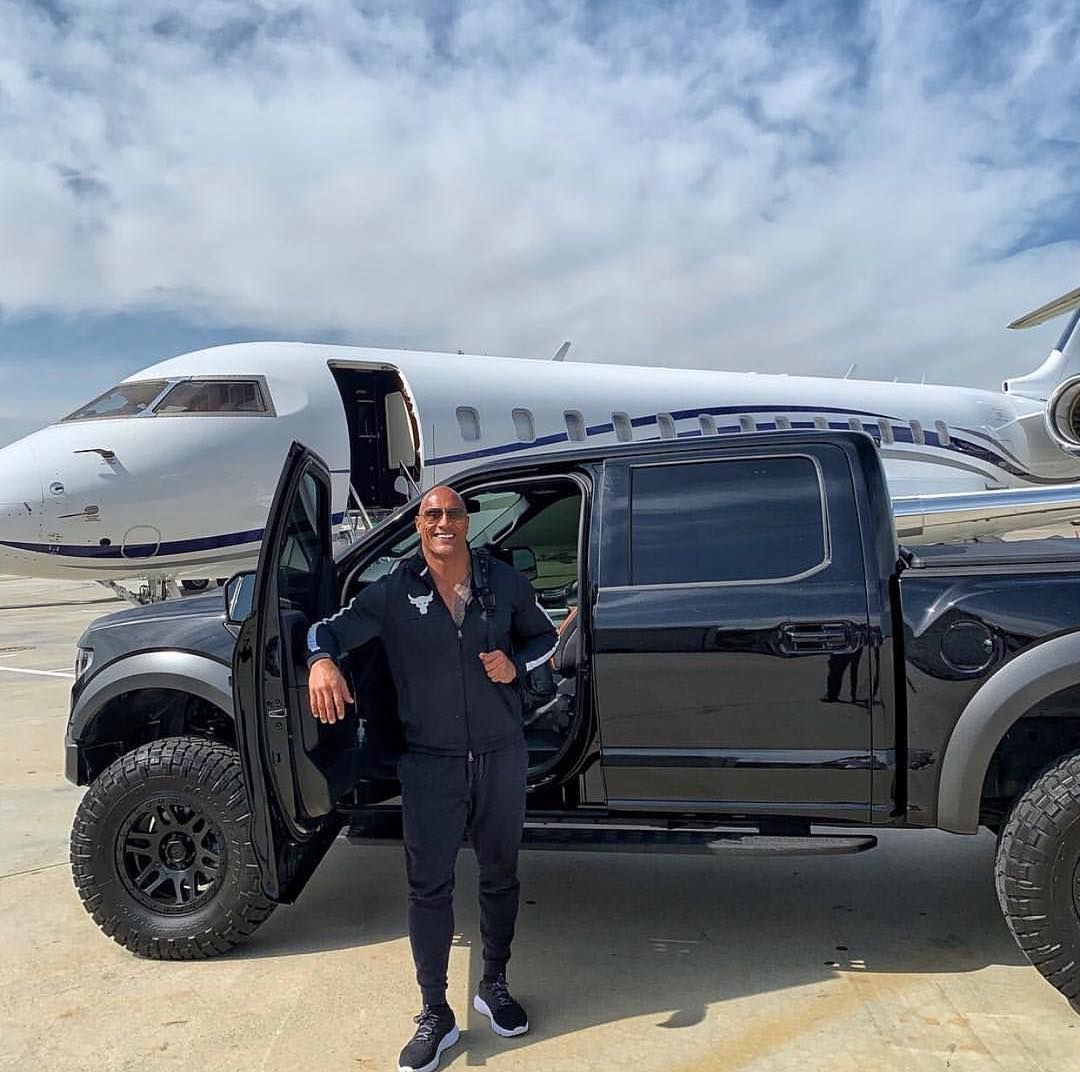 Read More
DMX was a legendary rapper who had a huge following. This year, he passed away suddenly. Millions of admirers prayed for a miracle after he was placed on life support following a heart attack, but he died. DMX’s …