Tyler Perry is an American actor, director, producer, billionaire, and screenwriter who was born Emmitt Perry Jr. on September 13, 1969. He created and embodies the Madea character, a strong elderly woman. Perry’s films range in style from traditional filmmaking techniques to filmed stage presentations. Many of his theater plays have now been turned into feature films.

During the 1990s and early 2000s, Tyler Perry wrote and produced several theater plays. He also created several television shows, including Tyler Perry’s House of Payne, which aired on TBS for eight seasons from 2006 to 2012. He was named the highest-paid man in entertainment by Forbes in 2011, earning US$130 million between May 2010 and May 2011. Tyler Perry signed an exclusive multi-year deal with Oprah Winfrey and her Oprah Winfrey Network in 2012. (OWN). Based on Perry’s previous success in this area, the relationship was primarily to bring written television to OWN.

Tyler Perry was born Emmitt Perry Jr. in New Orleans, Louisiana, the son of Willie Maxine Perry and Emmitt Perry Sr., a carpenter. He has three siblings. Perry once said his father’s answer to everything was to “beat it out of you”. He had a tough upbringing. He had a violently abusive father, tried suicide, and dropped out of high school before passing a high-school equivalency exam.

Tyler Perry began keeping a notebook after hearing television personality Oprah Winfrey recommend that writing down personal events could be soothing. This led to his debut play, I Know I’ve Been Changed. He worked a variety of odd jobs to raise funds for the show’s debut staging in Atlanta in 1992.

Unlike his father, his mother took him to church every week, where he found comfort and contentment.  At the age of 16, he legally changed his first name from Emmitt to Tyler to distinguish himself from his father.

He was motivated to admit for the first time, after seeing the film Precious, that he had been abused by a friend’s mother when he was 10 years old; he had also been assaulted by three men before this, and later learned that his father had molested his buddy.

Tyler Perry’s DNA test revealed that Emmitt Sr. was not Perry’s biological father. He received a GED despite not finishing high school. In his early twenties, while watching an episode of The Oprah Winfrey Show, he overheard someone discuss how writing can have a therapeutic effect, allowing the author to work out his personal issues.

This remark encouraged him to pursue a career in writing. He began writing letters to himself shortly after, which inspired the musical I Know I’ve Been Changed.

Tyler Perry’s screenwriting career began with stage plays; his semi-autobiographical musical ‘I Know I’ve Been Changed’ premiered in 1992. His first film, ‘Diary of a Mad Black Woman,’ was given a $5.5 million budget and grossed more than 10 times its budget. On its debut weekend, the 2006 sequel ‘Madea’s Family Reunion‘ topped the box office. In 2007, he directed Gabrielle Union and Idris Elba in the film Daddy’s Little Girls. In the same year, he starred in another of his films, ‘Why Did I Get Married?‘ Both films were box office hits. Janet Jackson’s song ‘Why Did I Get Married Too?’ was released in 2010.

‘Meet the Browns,’ starring Angela Bassett, and ‘The Family That Preys,’ with Kathy Bates and Alfre Woodard, were the next two films he directed, wrote, produced, and acted in. His biggest box office debut to date was with ‘Madea Goes to Jail,’ which grossed $41 million in its first weekend in 2009. He also appeared alongside Chris Pine and Zachary Quinto in J.J. Abrams’s “Star Trek” film that year. In 2009, he created the sitcom ‘Meet the Browns,’ which premiered. In the same year, he released the film ‘I Can Do Bad All By Myself,’ which starred Taraji P. Henson. He also collaborated with Oprah Winfrey on the emotionally intense film ‘Precious,’ about child abuse.

He turned Ntozake Shange’s 1975 choreopoem ‘For Colored Girls Who Have Considered Suicide When the Rainbow Is Enough’ into a film called simply ‘For Colored Girls‘ in 2010. In 2012, he performed alongside Matthew Fox and Edward Burns in the film adaption of James Patterson’s ‘Alex Cross,’ in which he played the titular character. His next film was ‘Good Deeds,’ in which he co-starred Thandie Newton, Gabrielle Union, and Eddie Cibrian 2012. He published his twelfth film, ‘Temptation: Confessions of a Marriage Counselor,’ in 2013, which was based on a play he wrote in 2008.

Tyler Perry’s House of Payne, which aired from 2006 until 2012, was his first television show. The show’s spin-off, ‘The Haves and the Have Nots and Love Thy Neighbor,’ premiered in 2013. Perry directed the film Single Moms Club in 2014.

On April 11, 2006, he released his debut book, Don’t Make a Black Woman Take Off Her Earrings: Madea’s Uninhibited Commentaries on Love and Life. 30,000 copies of the book were sold. The hardcover debuted at number one on the New York Times Best Sellers list, where it lasted for 12 weeks. At the 2006 Quill Awards, it was named Book of the Year and Best Humor Book.  Higher Is Waiting, his second book, was released on November 14, 2017. On the New York Times Best Seller list, it opened at number five.

Tyler Perry wrote, produced, and directed Acrimony, a psychological thriller film released in 2018. Taraji P. Henson, Lyriq Bent, and Crystle Stewart feature in the film. It follows a devoted wife who seeks vengeance on her ex-husband, who has harmed her throughout her life. In October 2016, principal photography began in Pittsburgh. Lionsgate released Acrimony in the United States on March 30, 2018. It garnered a mixed reception and grossed $46 million worldwide.

Read More: 11 Of The Best Hollywood Comedians And Their Biography

Relationship History: Is Tyler Perry Married? Does He Have a Wife And Kids?

Tyler Perry’s most recent romance, according to Who’s Dated Who, was with model Gelila Bekele. They dated from 2007 to 2020, and in 2014, they welcomed a boy into the world.

Tyler Perry dated actress Tasha Smith and television personality Tyra Banks before his long-term relationship with Gelila Bekele (via Who’s Dated Who). Tyra Banks, to be precise. However, reports of this connection may not be entirely accurate. According to Zimbio, Perry and Banks were spotted together multiple times in 2006, sparking speculations that they were dating or hooking up, but both Perry and Banks refuted the reports.

Tasha Smith‘s relationship with him is very intriguing. Tasha acted in several Perry’s films in the late 2000s, including the sequel to his film “Why Did I Get Married,” and she’s spoken about the mogul in interviews since.

Tasha told Wendy Williams on the “Wendy Williams Show” that she was surprised to discover Tyler Perry was expecting a child (via The List). “I used to think he was asexual,” she admitted, before going on to say, “He’s like an uncle that never has sex, like seriously.”

If Tasha was taken aback by Perry’s sex life with then-girlfriend Gelila Bekele, it’s safe to conclude the two never dated. All we know for sure is Perry’s long-standing relationship with Gelila.

Who is Gelila Bekele?

She was born in Addis Ababa, Ethiopia, on September 4, 1984. Gelila Bekele’s parents are unknown, however, she spent her childhood with her grandmother. She has a younger sister named Anne Wrossetti, with whom she spent a lot of time growing up. Gelila follows a vegan diet. Her family relocated to Europe when she was eight years old, and she later went to college in the United States. She was accepted to the University of California, Berkeley, and her modeling talent was discovered during her first year of studies.

Gelila is a well-known model, author, and filmmaker. She has juggled multiple careers and has been extremely successful in each.

Tyler and Gelila are not married. After more than 10 years of dating, the couple decided to call it quits. They both have a son named Aman Tyler Perry, who was born on November 30, 2014. Even though they are no longer together, they have committed to raising their son as friends.

Tyler Perry’s Net worth And Assets

Tyler Perry was officially recognized as a billionaire in September 2020. The media mogul is worth more than Oprah Winfrey, George Lucas, and Steven Spielberg combined.

According to Forbes, the majority of his earnings come from his 133.5-acre Atlanta film studio, the Madea franchise, and his investment in the BET+ streaming service. The arrangement with Viacom, which owns BET, didn’t start until 2019 when an existing deal with the Oprah Winfrey Network expired.

According to a Forbes interview, he booked a theater for a three-day run of his play Diary of a Mad Black Woman in 2001, and while the production sold out, it didn’t generate the excitement he hoped for. When he made it into a movie four years later, his now-famous Madea character made her screen debut, and the newly-born series grossed $21.9 million in its first weekend alone.

In 2015, Perry purchased 133.5 hectares of Fort McPherson, a 19th-century garrison stronghold. According to Atlanta magazine, he paid US$26 million for it and then developed “one of the largest movie studios in the U.S and the world’s largest entertainment complex owned by a person of African origin.” The studio where Marvel’s Black Panther was shot is now worth an estimated US$280 million, according to reports.

Tyler Perry possesses a $150 million private jet, which he reportedly utilized in December 2019 to bring aid to Hurricane Dorian victims in the Bahamas. Perry won the Jean Hersholt Humanitarian Award at the Oscars in 2021 for his assistance to those in need during the pandemic. 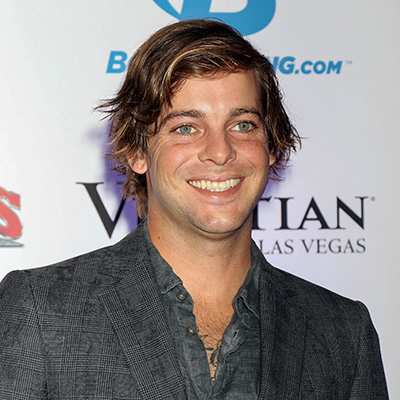 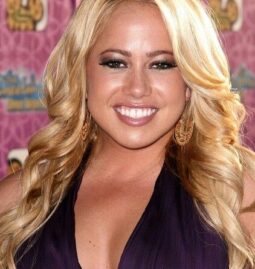