Coming in contact with the unknown and becoming lost in the beauty of a place on the verge of discovery is the true wonder of travel. There is no better feeling than being among the first to arrive at and explore a location that others have yet to see.

This magnificent planet is constantly at the ready with new undiscovered destinations to make even the most intrepid traveler swoon in awe-struck delight. Here are 9 places tourists are not fully aware of: The beautiful rainbow mountains of northwest China are first on our list. These geological formations, which are over 24 million years old and are located within the Zhangye Danxia Geopark in Gansu province, are made up of colorful layers of sandstone and minerals.

You can marvel at the brilliant colors and enjoy the opportunity for some wonderful photography while watching this amazing display.

Despite being less visited by tourists, the area has its own unique beauty, with a variety of unusual landform shapes such as tall columns and stone pillars.

2. Svalbard In between Norway and the North Pole

Svalbard is a Norwegian collection of islands located north of mainland Norway in the Arctic Ocean, roughly 650 miles (1,050 kilometers) from the North Pole. With a population of roughly 2,200 people, it is the world’s northernmost year-round community.

Svalbard has recently attempted to diversify its economy by focusing on tourism and scientific research rather than coal mining, which has dominated the economy since the early twentieth century.

Tourist visits to Svalbard have been continuously increasing, with spectacular scenery and rich wildlife, particularly polar bears, attracting tourists from all over the world.

3. “The Door to Hell” in Derweze, Turkmenistan This natural gas field, often known as “The Door to Hell” or “The Gateway to Hell,” is unusual. When this cavern collapsed in 1971, geologists set it on fire to prevent the spread of methane gas, and it has been burning ever since. Since then, it has evolved into a one-of-a-kind destination.

Locals gave the field the name “Door to Hell” because of the fire, boiling mud, and orange flames in the enormous crater, which has a diameter of 70 meters (230 ft).   The hot patches cover a 60-meter (200-foot) wide area and reach a depth of roughly 20 meters (66 ft)

4. Ice And Marble Caves In Chile These stunning ice caves, located in Chile’s Patagonia, were produced over thousands of years by the continual movement of water. Due to its surreal shape, the cave network is also known as the marble cavern. The lake’s crystal blue water provides the most stunning light reflections, making this a truly natural beauty that has to be seen to be believed.

For years, aggressive waves have beaten against the marble (calcium carbonate), gradually shaping the curved walls. The marble cave in Patagonia’s solid walls, on the other hand, did not quickly form into the remarkable structure you see today. This technique has been going on for nearly 600 years. Its smooth, vivid walls now reflect the azure waters of the lake, which vary in color according to water levels and the time of year. This little but fascinating village is encircled almost entirely by vast sand dunes and boasts a broad selection of street merchants, cafés, and motels.

The Place is known as the “oasis of America.” The water and mud in the area are said to be healing, according to local mythology. Locals and visitors both swim in the waters or cover themselves in the mud to treat ailments like arthritis, rheumatism, asthma, and bronchitis.

Huacachina is a resort aimed at local families from the adjacent city of Ica, but it is becoming increasingly popular with tourists lured by the sport of sandboarding over sand dunes that reach up to 500 meters in height (1,600 ft). Dune buggy rides on indigenous vehicles known as areneros are another popular activity.

For decades, Huacachina has been a popular family getaway, and in the 1960s, it was a popular summer resort for travelers from all over the world.

It’s amazing how many tourists are unaware of Huachina and the enjoyment to be had there. This location is a well-kept secret among Italians, and it is where they all holiday. This location is still relatively unknown to most tourists. You can not only enjoy a picturesque view of the castle but also take a refreshing afternoon dip in the warm, turquoise clear water.

Read More: Top 5 most amazing bridges in the world

7. The Great Blue Hole In Belize The Great Blue Hole is the world’s largest seawater hole, and it’s located off the coast of Belize, Central America. The Great Blue Hole is a 1,000-foot-wide sinkhole in the heart of Belize’s Lighthouse Reef, known for its circular form and startlingly deep blue color. It is a world heritage site that is protected by the Belize Audubon Society and is one of any avid scuba diver’s bucket list ideas.

The world’s most photographed slot canyon, Antelope Canyon, is located in Arizona. Only approved tour guides are permitted to enter the Lake Powell Navajo Tribal Park.

Along with a hiking trail to Rainbow Bridge National Monument, it is the main feature of Lake Powell Navajo Tribal Park. Organizing a visit to see this absolutely incredible hidden marvel is well worth the effort. A kind of glow-worm found only in New Zealand can be discovered at the Waitomo Glow-worm Caves. These magnificent caves, which are teeming with glow worms, will take your breath away. Since the 1880s, the caves have been a tourist attraction, and people continue to be awestruck by their beauty.

The Glowworm Caverns, which have been a tourist attraction for almost 130 years, are the most famous of the Waitomo caves. Before taking a boat trip through the glow worm grotto, explore the cave and marvel at the Cathedral, which is the cave’s tallest chamber. You’ll be able to take in the mystical animals lighting up the cave above you while riding in silence (glow worms don’t like noise). Read More
And this conviction is even more crucial today than it was previously. A genuine universe of information and entertainment is at your fingertips. So it’s no surprise that we all have wandering thoughts these days. Focus is essentially … 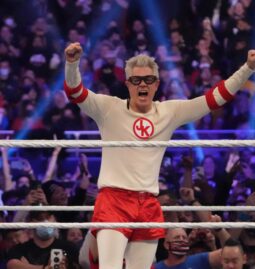 Read More
Balloons are one of the essential elements of every spectacular celebration. Without a doubt, helium-filled balloons often have a longer lifespan than air-filled balloons. Helium is lighter than air, which explains why. The helium will cause the balloon …