One of the most demanding activities that a gadget may carry out is video editing. It requires sufficient hardware, a ton of RAM, a ton of storage, and some technical know-how to make it operate on computers. The technical capabilities and processing power of smartphones do not match those of Adobe Premiere Pro or Final Cut Pro. However, some apps accomplish the fundamental tasks quite well. With a little patience, it’s even decent enough for some professional vlogging.

Today’s mobile video editor is primarily used for applications like TikTok, Instagram Reels, and other similar platforms. However, we also made sure to include some more basic video editors meant for minute-long videos like those found on Reels or TikTok. Below are some full-featured video editing tools.

A sophisticated video editor, FilmoraGo makes it simple to add themes, music, and other effects. After finishing, you can upload your finished video directly to various social media platforms. You can also choose to export your video in a 1:1 aspect ratio that is suitable for Instagram.

The program can attempt to edit your film into a video on its own, but you also have the tools to do it yourself. Along with other necessary tasks, you can trim sequences, make titles, select transitions, and more. There are no adverts, however, the developer has hidden some features behind in-app purchases.

Anyone who has used a computerized video editor previously is familiar with the aesthetic they have to offer. A timeline may be found at the bottom, and clips can be accessed on the top left and top right, respectively. On your Android device, the PowerDirector video editing app from CyberLink will provide you with that accustomed user experience.

One of the most sophisticated Android video editors is this app. This program doesn’t require any additional work to smoothly switch from the desktop to the mobile platform, unlike some others. Although the Windows version is still more powerful, Android’s mobile version isn’t nearly as simplified as you might imagine.

The video editor app GoPro Quik belongs to a more recent generation. If you only need something basic, it’s halfway decent. You can upload up to 50 images and video clips to the app, which is how it operates. The program then analyzes them and produces a brief film using those results.

Before exporting, you can reorder and edit your video in Quik, which comes with around two dozen different video styles. Not everyone needs anything that intense, but it isn’t even close to being as strong as programs like Adobe Premiere Clip or PowerDirector. There are no in-app purchases and it is free to download.

Mobile processors don’t have the same power that desktop processors do. Therefore, everything will take longer than it would on your PC when you make modifications and export files. One way to get around this, according to Video Editor, is to perform your video editing in the cloud.

Allow its distant machines to update more quickly than your local hardware. The disadvantage of this strategy is that you have to entrust your data to someone else’s servers and wait for video clips to upload before you can begin. After finishing, you must download everything again.

You’ll be treated to a cutting-edge interface that differs from that of conventional video editors if you don’t find this off-putting. Even if you have no prior expertise with video editing, using a touchscreen is surprisingly simple.

The same tasks are carried out in various ways by numerous video editors. You might find some to have a somewhat more user-friendly UI. Another can have a particular theme or impact that appeals to your emotions.

When none of the available options have resonated with you, VivaVideo could. You must eventually put both of them to the test to determine which one suits you the best. One of the most feature-rich Android video editors available on Google Play is this one. A pro edition eliminates the advertisements from the free version, which includes in-app purchases.

Read more on: The 8 Best 4chan Apps for iPhone and Android

YouCut is a straightforward Android app that has all the capabilities you require for video editing. To make the ideal video, add audio, text, slideshows, and video editing. The fact that the YouCut doesn’t add a watermark to your work is one factor in its increased popularity. You can quickly create movies or videos with this software thanks to its straightforward design.

Depending on your storage needs, you can choose to save videos in high or low quality. You may quickly share your edited video on other applications like YouTube and Instagram after finishing it. YouCut Pro removes adverts so you may use premium features like fonts, effects, and filters.

Try KineMaster if you’re looking for a movie-making app that’s a little bit simpler to use than PowerDirector. The program has a conventional video editing interface, but it also modifies it for touchscreen use and less experienced users. But that doesn’t mean you have to give up features. The most sophisticated Android video editing app is KineMaster.

There is a catch, though: KineMaster will cost you money. On every creation you generate in the free edition, there is a watermark. It needs to be removed and advanced functionality unlocked, which costs a monthly or annual subscription.

Since it is difficult, not everyone has the time or patience to practice video editing. These people should use Magisto. The program takes your video clip, uploads it to a distant location, makes some timely adjustments, adds music and additional visuals, and then creates a file you can share on social media.

Magisto is not a professional-grade app that you would use. However, it is still possible to create something amazing out of a few clumsy recordings and disjointed pictures from your niece’s graduation. Without spending too much time, share it to get a few smiles.

The video editor CapCut is easy to use and powerful. You can use it for Reels and YouTube Shorts, although it’s primarily intended for TikTok creators. In the short-form video, it specializes. The number of filters and templates available to you is endless. They are employed to mimic current fashions, and some of the filters are merely entertaining.

Keyframe editing, support for slow motion, picture-in-picture capability, and other more conventional video editing features are available to you. The nicest aspect is that while we were testing the app, we weren’t pressured to make any purchases. Despite Google Play’s claims, we were unable to locate in-app purchases when testing.

With a strong emphasis on features like filters, video cutting, and shorter videos, InShot is a very straightforward video editor. It contains a timeline editor that is quite straightforward and has numerous video and audio channels. Additionally, you receive simple tools like cropping, a variety of musical selections, and numerous other minor features like fading in and out.

It works well for platforms like YouTube, TikTok, and others because of its toolkit, sticker packs, speed settings, and other capabilities. In case you decide to go that path, we also enjoy how it has a single price tag in addition to its subscription. Read More
OpTic Gaming is an American professional entertainment sports (eSports) and entertainment organization with its headquarters in Frisco, Texas. The organization is known to have a Call of Duty team that competes in several events against other teams from … Read More
These days, finding the best laptops below $500 is difficult. Currently, there isn’t a huge selection of well-made, high-quality laptops offered for sale in that price range. People looking for a new laptop at a good price have … 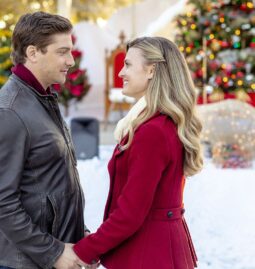 Read More
Millions of spectators concur that nothing compares to the solace and happiness that these holiday movies bring, despite the fact that some people love to detest the formulaic stories you know, the one about the woman who quits …