You are perusing the posts on your social media feed. There it is a “double your money” gimmick or a program showing you how to get money rapidly.

On every platform, in one form or another, there are get-rich-quick schemes. The message remains the same even if the words and summons to action vary. Sadly, we continue to be fooled by it. What can you do to prevent falling for the trap and why is that the case?

What Is a Get-Rich-Quick Scheme?

When referring to dubious investments with inflated rates of return, the phrase “get rich quick” is sometimes used. They provide the appearance that obtaining such a high rate of return requires little knowledge, time, or effort, as well as little risk.

The majority of these scams are promoted by spam emails, cold phoning, or social media advertisements. They have been around for hundreds of years and can come in the form of a system, a coaching service, a work-from-home opportunity, or any other variation with a false promise of financial gain.

A Scottish explorer named Gregor MacGregor departed from Central America’s coasts in October 1822 in search of the United Kingdom. The “Cazique,” or prince of the land of Poyais, was his official title upon his arrival in London.

He asserted that he found the nation of Poyais as a new continent and gave people a once-in-a-lifetime opportunity. Poyais, according to him, was a productive region with three harvests every year. Any thirst could be sated by Poyais’s water because it was so pure. In addition, the rivers of the far-off area were lined with pure gold chunks.

The advantages of making an investment or relocating to Poyais were promoted when Gregor MacGregor established an office there. He would refer anyone who still required persuasion to a book written by Thomas Strangeways, who was actually MacGregor himself and who extolled the benefits of the tiny island. Within a short time, anyone could acquire Poyais land or convert their pounds into Poyais currency.

There was just one issue with the money MacGregor raised—it was only close to £200,000, or about £3.6 billion in modern terms. No Poyais existed. His imagination was used to create the entire idea.

The Poyais fraud wasn’t the first or the last financial con, but it was the most egregious.

Before we go any further, it’s important to note some of the most typical indicators of any get-rich-quick scheme:

The skill of persuasion is still used today to con individuals out of their money in different iterations of the same scam. Here are a few of the most well-known instances of these frauds.

The most typical kind of confidence tactics is those involving advance fees. In exchange for a little up-front payment, they guarantee the victim a sizable sum of money. However, no money ever materializes.

Once the victim has paid the price, the scammer either vanishes or creates a series of further fees that must be paid in order to get the enormous sum of money.

The most effective advance fee frauds use letters from wealthy people who are caught up in dire circumstances. They make a small request in exchange for a promise of a large reward once they are free of the mess.

Prior to recently, these letters appeared to be from purported convicts, but lately, “Nigerian prince” scams have increased in frequency.

Read More On: 6 Biggest Scams Used By Social Swindlers and How to Avoid Them

An investment fraud called a Ponzi scheme uses money from new investors to pay out current investors. Charles Ponzi, an Italian immigrant who made an incredible promise in the 1920s, is the man behind the name of the company. In just 90 days, he promised to quadruple your money.

Most Ponzi scheme operators make the assurance that they would use your funds to invest in low-risk, high-reward opportunities. In actuality, however, the scammers pocket a portion of the proceeds and utilize the rest to reimburse the initial investors.

Ponzi schemes need a steady influx of fresh cash because they have no legitimate means of income. The entire scam falls apart when the money stops coming in or when a large enough number of investors want their money back all at once. This was the case with Bernie Madoff’s $64.8 billion Ponzi scam in 2008, which was the largest in history.

In coaching programs, participants pay for knowledge that they are promised would help them make money rather than paying a small amount now in exchange for a huge quantity afterward.

The promises are usually untrue, though. Most of the time, the marketed programs fall short of expectations, and victims are persuaded to enroll in more expensive seminars in an effort to fulfill that amazing promise.

In order to promote their programs, the majority of coaching scheme organizers rely on inspiring “rags to riches” tales and gratifying client feedback.

An additional fraud that generates millions of dollars annually is the pump and dump or rug pull technique. In order to get people to invest in something useless, the con artist makes a buzz around it. Investors are left behind as the stock is dumped by the fraudster at its highest price as the price soars.

In the bitcoin sector, pump-and-dump tactics are particularly prevalent. Pump signals are frequently sent by scammers through chat apps, encouraging insiders to purchase the coin.

As a result, the value of the coin increases, and more users join who believe it may be a profitable stock. The remaining investors lose money after the insiders liquidate their holdings at the highest price.

Although they are distinct, most people conflate Ponzi and Pyramid schemes. The fraudster in a pyramid scheme doesn’t have to take out a loan from new investors to cover the payments to the original investors. Rather, if they can bring in new members to the program, members get compensated.

Each participant receives a portion as the membership base expands. However, the plan eventually runs out of room for expansion and collapses.

Multi-Level Marketing (MLM) companies that are not pyramid schemes frequently pass for real ones. These companies provide their recruiters bonuses out of the money they make from downstream sales. However, there have been no actual sales of these. The money received from new investors is used to pay investors instead of outgoing payments.

What You Can Do to Prevent Get-Rich-Quick Schemes

These schemes all employ similar strategies and prosper during times of change. Many countries had already proclaimed their independence when Gregor MacGregor developed the concept of Poyais, and it wasn’t difficult to surmise that Poyais might be one of them.

Con artists generally take advantage of tense or frightening situations, such as wars and pandemics, and offer chances with inflated returns. Even if you initially get a better return, the money will run out, and eventually, you’ll lose everything. Therefore, be on the lookout for these warning signs before you take any action to avoid getting caught in a money trap.

Read More On: Craigslist: Easy Steps On How To Report A Craigslist Scam

You Can’t Quickly Obtain Wealth Through These Scams

These are a few warning signals of dishonest financial schemes, but it’s always advisable to think twice before investing in any plan and seek financial advice. The adage “if it sounds too good to be true, it probably is” is also applicable here. Read More
There are a plethora of unusual and beautiful places to explore and appreciate around the world. Some locations are thousands of years old, while others are more recent discoveries. We’ve compiled a list of some of the most … 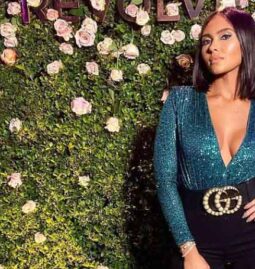 Read More
Jessica Tarlov has kept every aspect of her life secret and private, and she has never spoken publicly about her marriage. Roman Vladimirovich Kuznetsov is rumored to be Jessica Tarlov’s husband, however other reports claim that he is …