The size and scope of what builders can produce have dramatically accelerated as technology, machines, and procedures have continually advanced over time. The world’s biggest projects are currently under construction all around the world, and even beyond.

Mega-projects have unique problems, ranging from government red tape to public criticism to the construction project management challenges that come with such a large enterprise.

Here Are The Top Largest Construction Projects In The World Currently: NEOM is a futuristic city being planned north of the Red Sea in Saudi Arabia. Its name means “new future.” NEOM will be made up of towns, cities, ports, and enterprise zones, and by 2030, it might be home to one million people from all over the world. A total budget of roughly $500 billion (£371 billion) is expected for the project.

Despite the fact that the city will be powered by renewable energy sources, the project is not without environmental consequences. The ease of international travel to the area has been highlighted as a major selling point, with 40% of the world’s population being able to fly to NEOM in under four hours. The Gulf Railway will run 1,353 miles across the Persian Gulf, connecting all six Gulf Cooperation Council (GCC) member states (2,177km). The massive $250 billion (£185 billion) project was originally set to be completed in 2018 but was delayed due to low oil prices and conflicts among the six countries.

The first phase of the project, which runs from Saudi Arabia to the United Arab Emirates and Oman, will be completed in 2023. Phase 2 is expected to be completed by 2025, connecting Saudi Arabia, Kuwait, and Bahrain. The Burj Mubarak Al Kabir tower will be 1,001 meters (3,282 ft) tall, with the height chosen to honor One Thousand and One Nights. The Burj Khalifa in Dubai, which stands at 829.8 meters, is now the world’s tallest building (2,722 feet).

A new airport, nature reserve, hotels, spas, and parks are among the other highlights of the Silk City megaproject, which is projected to take roughly 25 years to complete. The total project is also approximately amounting to $132 billion (£98bn) The city is located along the Red Sea coast, some 100 kilometers north of Jeddah, Saudi Arabia’s commercial center. The city is also around an hour and 20 minutes by vehicle from Mecca, 3 hours by car from Medina, and an hour by plane from all Middle Eastern capital cities.

This gleaming new Saudi metropolis, named after the late King Abdullah and built with a concentration on business, education, and real estate, will be larger than Washington. In 2018, the site had only 7,000 residents, but by 2035, it is expected to reach a population of seven million.

The development of the futuristic city, which spans 67 square miles (173 square kilometers), began in 2005 and is expected to be completed by 2029. It will cost a staggering $100 billion (£74 billion) in total.

Dubai, in the United Arab Emirates, is no stranger to construction mega-projects; the Burj Khalifa, the world’s tallest structure since its completion in 2009, is already there.

It’s only natural that a region with such a history of large-scale construction would have an airport to match. The Al Maktoum International Airport is the world’s largest currently in a development construction project.

The mega-project, which spans more than 21 miles and costs $32 billion, is now in the expansion phase. The extended airport’s completion date is unknown, but if completed, it will be able to handle 200 wide-body planes at a time and accommodate up to 200 million passengers per year.

Dubai’s Al Maktoum International Airport (also known as Dubai World Central) will be the world’s largest airport once it is completed. When the work is finished.

The airport was supposed to be finished by 2025, however, Reuters reported in 2018 that it has been postponed. Following a two-year hiatus due to the COVID-19 epidemic, its existing runways are slated to resume in May 2022.
The mega-airport project is anticipated to cost more than $82 billion in total. China is the world’s most populated country, with a population of almost 1.5 billion people. Although the north of China is home to nearly half of the country’s population, it only contains 20% of the country’s water resources. China is developing three giant canals, each more than 600 miles long, to deliver water to the north, in order to feed such a massive population.

To say the project is complicated is an understatement, given that it is estimated to take 48 years to complete. The almost $80 billion projects will provide 44.8 billion cubic meters of water per year to northern inhabitants once completed. The $64 billion Dubailand, an entertainment complex of a magnitude and scope the world has never seen before, is another mega-project on our list that will call Dubai home. The 278-square-kilometer complex, which will include theme parks, sports venues, health facilities, science attractions, eco-tourism, and hotels, could comfortably fit three Walt Disney Worlds.

The completed project will contain the world’s largest hotel, with 6,500 rooms and a ten-million-square-foot shopping center. The construction mega-project, which was first announced in 2003, has met numerous difficulties along the way, including the global recession of 2008, which caused development to halt for more than 5 years. Dubailand is currently scheduled to open for business in 2025. Following the reunification of East and West Germany in 1991, Germany set a broad goal of integrating and expanding its transportation infrastructure. There are nine rail projects, seven highway projects, and one waterway project in the pipeline. Overall, a budget of roughly €42 billion ($47.6 billion or £35 billion) has been set up to modernize infrastructure connecting the country’s east and west.

Although the majority of the work has been completed, VDE 8, the project’s final and largest phase, is still under development. The entire budget for VDE 8 is €10 billion ($11.3 billion/£8.4 billion).

Lusail is a projected city in Qatar, located on the coast in the municipality of Al Daayen‘s southern portion. Lusail is roughly 23 kilometers (14 miles) north of Doha’s city center, just north of the West Bay Lagoon, and covers an area of over 38 square kilometers (15 square miles).

Qatar is building more than just the Doha metro system. The Lusail development, a cutting-edge planned metropolis with a population of 450,000 people, will include everything from residential and shopping districts to marinas, artificial islands, and an entertainment center.

It will also include an 80,000-seat stadium that will host the 2022 FIFA World Cup final. According to an Amnesty International investigation, Qatar has been chastised for exploiting the laborers who built the stadium and its surrounding infrastructure. California High-Speed Rail is a publicly funded high-speed rail line in the United States that is currently under construction. Its goal is to link the Anaheim Regional Transportation Intermodal Center in Anaheim and Union Station in Downtown Los Angeles to the Salesforce Transit Center in San Francisco via the Central Valley, allowing for a one-seat ride between Union Station and San Francisco in 2 hours and 40 minutes, covering a distance of 380 miles (610 km).

Future Phase 2 extensions will connect to stations in San Diego County via the Inland Empire, as well as northward to Sacramento. As resources become available, they will be implemented in a number of self-sustaining portions.

Despite its enormous size and wealth, the US has long fallen behind Europe and Asia in terms of high-speed rail infrastructure. The California high-speed train project, which has been under development since 2015 and is expected to be completed in 2029, is an early indicator that things are changing.

The all-electric bullet train, which will be fueled by renewable energy and capable of reaching speeds of up to 200 miles per hour, will connect eight of California’s ten largest cities. The project was originally estimated to cost roughly $33 billion, but it has been plagued by cost overruns, with the price tag now at least $100 billion. 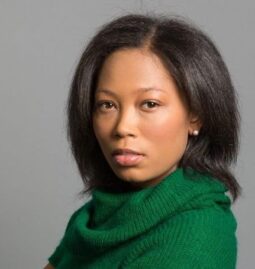 Read More
What Is a Woman? is a 2022 American documentary about gender and transgender issues that was produced and released by The Daily Wire and was directed by Justin Folk. It was presented by conservative political analyst Matt Walsh. …
Read More
For truckers, campers, trail runners, and many others, a CB radio is an essential component of their way of life. Since the 1970s, Citizens Band Radios have been a helpful tool for truckers by enabling them to stay …