Even though it’s been 15 years since we last saw Jennifer Aniston and Brad Pitt together, their romance is unquestionably one for the ages. The couple’s A-list romance continued after their divorce in 2005, despite the fact that they had only been married for five years and dating for seven. Here is all the information you need to know about Brad Pitt and Jennifer Aniston’s relationship, including information about their $1 million wedding, his guest appearance on “Friends,” and their historic reunion in 2020.

Although Brad Pitt and Jennifer Aniston first met in 1994, their relationship didn’t start until 1998. In 1999, Brad got Jennifer’s approval to get married the following year. The pair separated in early 2005 after five years of marriage. While Jennifer married Justin Theroux, Brad continued to date and eventually marry actress Angelina Jolie. They both afterward divorced their marriages and have been close friends ever since. In a virtual table read in 2020, they most recently appeared together.

In contrast to their relationship, their first encounter was very informal. In 1994, the two came into contact through their managers—who also happened to be friends. She told Rolling Stone in 2001, “He was just this sweet man from Missouri, you know?” “A normal guy.”

The two of them wouldn’t start dating until four years after they initially met. Their managers arranged a date after Brad and Jennifer called it quits with Tate Donovan and Gwyneth Paltrow, respectively. The “evening was really easy” and the date “was really fun.” Jen subsequently said to Diane Sawyer in 2004.

On their first date, there were obvious sparks, and they immediately started dating. At the 51st Primetime Emmy Awards, they had their first red carpet walk together, putting relationship rumors to rest.

On November 29, 1999, while seeing a Sting concert together, the Hollywood A-listers climbed the stage to display Jennifer’s newest accessory: an engagement ring. According to reports, the actor paid $500,000 for the handcrafted jewelry piece, which featured many diamonds placed in an unusual circular shape.

Brad and Jen’s summer wedding was arguably the largest celebrity wedding of 2000. In front of 200 guests, the couple exchanged vows atop a hillside in Malibu that overlooked the Pacific Ocean. Brad bought 50,000 roses, wisteria, tulips, and lotus flowers to make the private estate setting appear like a Zen garden.

The newlyweds danced to “The Way You Look Tonight” as Jen, a picture-perfect bride, walked down the aisle in a low-back wedding dress with glass beads by Lawrence Steele. The extravagant celebration, which cost the couple almost $1 million, included a 40-person gospel choir, a lobster dinner, champagne, a Melissa Etheridge performance, and a 13-minute fireworks display. 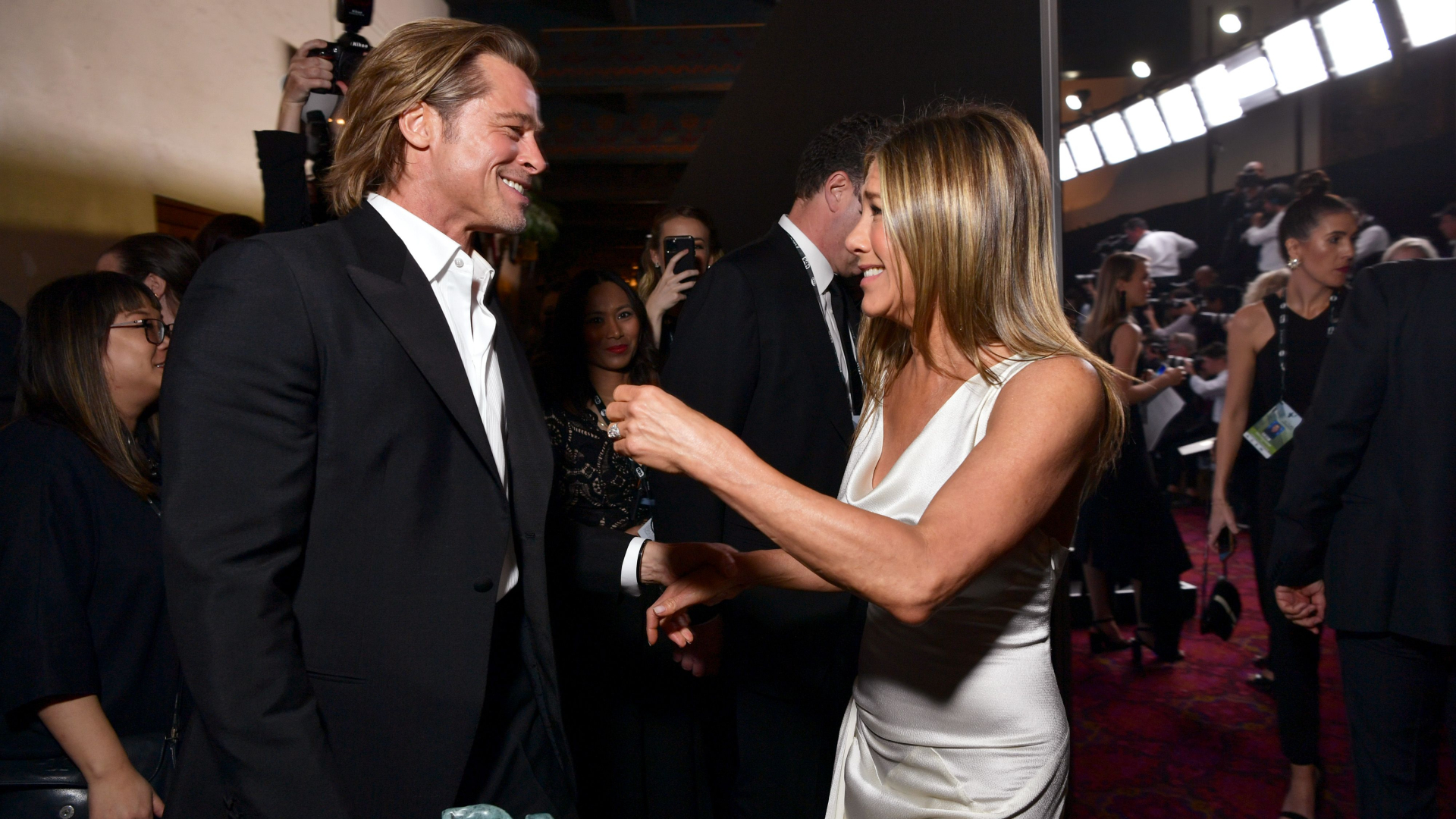 In 2001, the pair appeared on screen together when Brad made a cameo on Jen’s popular comedy “Friends.” The popularly played Rachel Green, who was portrayed by Brad’s wife, was truly disliked by his character in the episode, “The One With The Rumor,” which aired on November 22, 2001.

When asked if Brad was her true love during her 2003 cover interview with W Magazine, Jennifer replied,  “Is he the love of my life? I think you’re always sort of wondering, ‘Are you the love of my life?’ I mean, I don’t know, I’ve never been someone who says, ‘He’s the love of my life.’ He’s certainly a big love in my life,” She revealed this to the media. “And I know that we have something special, especially in all this chaos. In this nutty, brilliant, wonderful, hard business that we have, it’s nice to have somebody who’s anchored and knows you, really know all of you.”

Despite Jen’s baby fever earlier in the year, by May 2004 there were suspicions of infidelity between Brad and his co-star in Mr. and Mrs. Smith, Angelina Jolie. When Jolie and Brad first started dating, it was on the set of the movie, she recalled to Vogue in 2006.

She added, “Because of the film, we ended up being brought together to do all these crazy things, and I think we found this strange friendship and partnership that kind of just suddenly happened. A few months in, I realized, ‘God, I can’t wait to get to work.’… Anything we had to do with each other, we just found a lot of joy in it together and a lot of real teamwork.

We just became kind of a pair. It took until, really, the end of the shoot for us, I think, to realize that it might mean something more than we’d earlier allowed ourselves to believe. And both knowing that the reality of that was a big thing, something that was going to take a lot of serious consideration.”

On January 24, 2005, Brad and Jennifer announced their separation to People after a nearly five-year marriage and seven-year relationship. The declaration said: “We would like to announce that after seven years together we have decided to formally separate. For those who follow these sorts of things, we would like to explain that our separation is not the result of any of the speculation reported by the tabloid media. This decision is the result of much thoughtful consideration.”

“We happily remain committed and caring friends with great love and admiration for one another. We ask in advance for your kindness and sensitivity in the coming months.”

On March 25, 2005, Jennifer filed for divorce from Brad. The Friends actor didn’t discuss the divorce until September 2005, whereas Brad started to publicize his romance with actress Angelina Jolie as soon as he announced his separation from Jennifer. She then revealed to Vanity Fair, “Am I lonely? Yes. Am I upset? Yes. Am I confused? Yes. Do I have my days when I’ve thrown a little pity party for myself? Absolutely. But I’m also doing really well. Relationships are two people; everyone is accountable. A lot goes into a relationship coming together, and a lot goes into a relationship falling apart.” 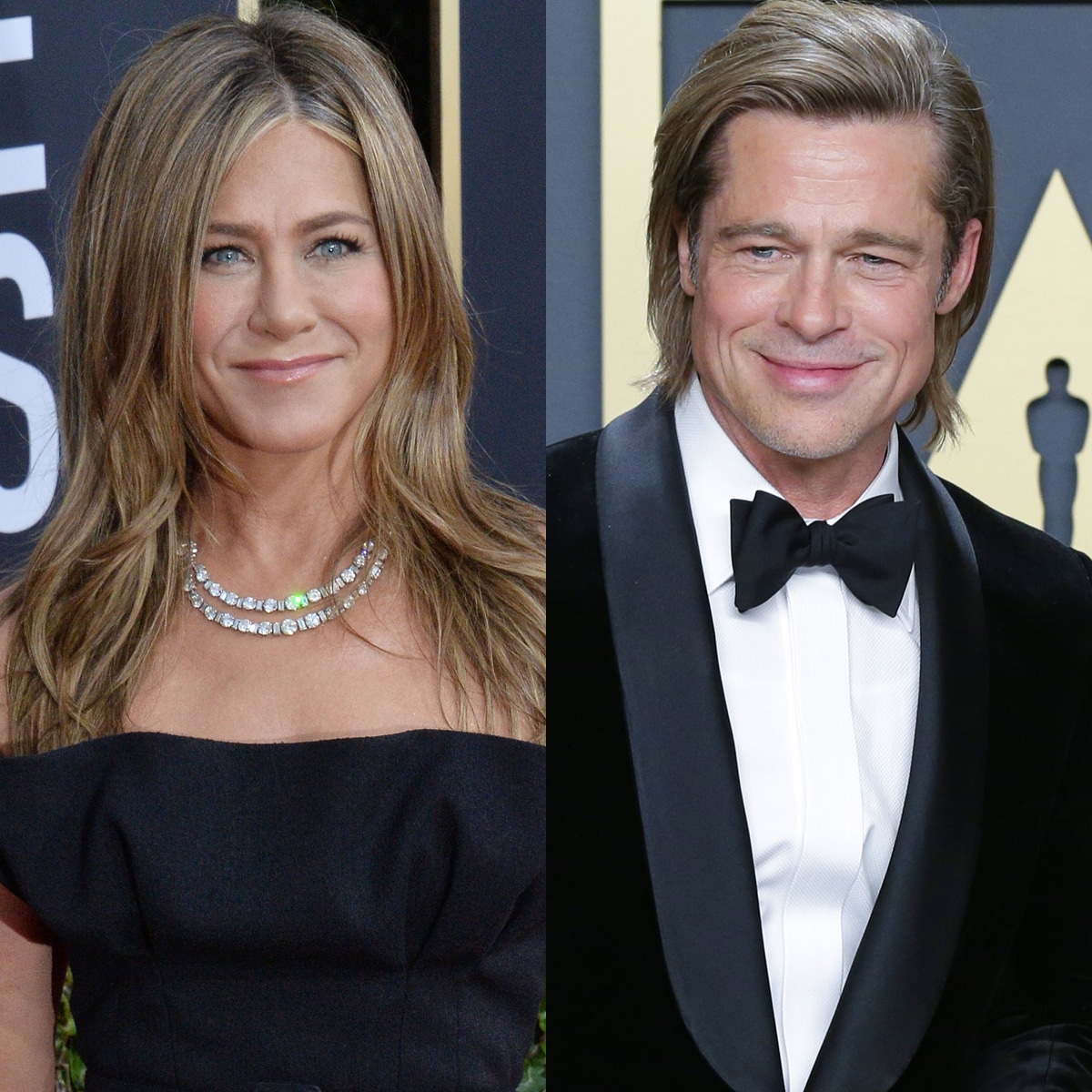 “She’d say, ‘Even if it’s 98 percent the other person’s fault, it’s 2 percent yours, and that’s what we’re going to focus on.’ You can only clean up your side of the street.”

And Jennifer responded in kind when the reporter mentioned the 60-page photo spread Brad had just posed for with Jolie in W Magazine, titled “Domestic Bliss”: “Is it odd timing? Yeah. But it’s not my life. He makes his choices. He can do—whatever. We’re divorced, and you can see why. I can also imagine Brad having absolutely no clue why people would be appalled by it,” she adds. “Brad is not mean-spirited; he would never intentionally try to rub something in my face. In hindsight, I can see him going, ‘Oh—I can see that that was inconsiderate.’ But I know Brad. Brad would say, ‘That’s art! There’s a sensitivity chip that’s missing.”

On October 2, 2005, Brad and Jennifer’s divorce became official. Brad made some dubious comments to Parade in 2011 on his divorce from Jennifer, saying, “I spent the ‘90s trying to hide out, trying to duck the full celebrity cacophony. I started to get sick of myself sitting on a couch, holding a joint, hiding out. It started feeling pathetic. It became very clear to me that I was intent on trying to find a movie about an interesting life, but I wasn’t living an interesting life myself. I think that my marriage [to actress Jennifer Aniston] had something to do with it. Trying to pretend the marriage was something that it wasn’t.”

However, he then apologized for his remarks in the interview, saying, “It grieves me that this was interpreted this way. Jen is an incredibly giving, loving, and hilarious woman who remains my friend. It is an important relationship I value greatly. The point I was trying to make is not that Jen was dull, but that I was becoming dull to myself—and that, I am responsible for.”

Brad Pitt received an invitation to Jennifer’s 50th birthday celebration in 2019 at the Sunset Tower Hotel in Los Angeles. After Brad showed there, there was a rush of couple-related media rumors. Brad said, “Oh my god,” in response to a paparazzi photographer in June of that year. The public was repeatedly told by those close to the couple that they were merely pals.

Brad was invited to Jennifer’s holiday party in 2019 after attending her 50th birthday celebration in February. “[Brad] was among the first to arrive and the second-to-last guest to leave around 11 p.m.,” a source told Entertainment Tonight. Brad Pitt initially referred to Jennifer as a “good friend” at the beginning of 2020, but then this occurred: The couple reunited on the red carpet of the Screen Actors Guild and displayed flirty body language. Fans all hoped the couple would reunite after images from the event (such as the one above) surfaced.

In September 2020, Brad Pitt and Jen got back together for a charity table read of the 1982 film Fast Times at Ridgemont High. Jennifer and Brad co-starred with Julia Roberts, Morgan Freeman, and Matthew McConaughey as the characters Linda and Brad, respectively. The two engaged in a flirtatious conversation, with Linda speaking as Jen “Hi Brad, you know how cute I always thought you were? I think you’re so sexy, will you come to me?”

Nearly a year after their flirtatious table read, Jennifer clarified the status of her relationship with Brad. When Jen appeared on The Howard Stern Show, Stern questioned her if she found the former couple’s virtual reunion unpleasant.

“No!” Jennifer told the host. “It was absolutely fun. You know, Brad and I are buddies. Like, we’re friends and we speak.”

“There’s no oddness at all,” she went on, “except for everyone that probably watched it and was wanting there to be.” And there you have it: Brad and Jen are still “buddies” today despite having a common past. Read More
Margaret Anne Williams, also known as Margaret Zakarian, is from the United States. She works for 3Sixty Hospitality as the marketing director. In addition, she is the spouse of the author, restaurant, chef, and TV personality Geoffrey Zakarian. … 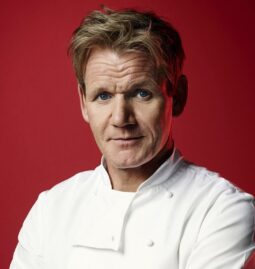