Dave Galafassi is the drummer for the group “Toni Collette & the Finish” and he is Australian. Australia’s New South Wales is where he was born and reared, and he learned to play the drums as a teenager to develop his musical interests. Prior to being a member of the Sydney indie band “Gelbison,” Galafassi participated in a variety of regional music ensembles. In 2003, they released a few singles as well as their debut studio album, “1704.”

Later, he quit the group, and, in 2006, he and his wife Toni Collette started a band called “Toni Collette & the Finish.” In October 2006, they published their debut album, “Beautiful Awkward Pictures.” Sage Florence and Arlo Roberts, the couple’s two children, were born to Galafassi and Toni Collette, an Australian actor and singer. The family owns a property in Ireland in addition to their Sydney home.

Galafassi was born in 1978, and he spent his early life in Port Macquarie on New South Wales’ central north coast. He started taking drum lessons when he was a teenager and became interested in music. He practiced his craft diligently before beginning to play with several bands in Australia.

He started his musical career in the early 1990s. He participated as a drummer in the Sydney indie band “Gelbison” in 2002. Pete Farley founded the Australian pop-rock group in 2000. Four people made up the band: Edo and Nadav Kahn on vocals, guitar, and piano; Pete Farley on bass guitar; Dave Galafassi on drums.

They gave concerts in a number of locations in and around Sydney. On April 7, 2003, the band’s debut album, “1704,” was made available through Virgin Records and EMI Music Group, Australia. Ian Ball produced the album, which debuted at number 20 on the ARIA Hitseekers Albums Chart. The album got favorable reviews.

The band released its first song, “Metal detector,” in October 2002, and then followed it up with the singles “Homelands” (released in February 2003) and “Good God” (May 2003). The music video for the single, “Good God,” was directed by Galafassi, who had already wed Australian actor-singer, Toni Collette, by the time the album was published.

Galafassi had departed the band before the publication of their second album. Later, in 2007, the group “Gelbison” split up.
Toni Collette, an actress in addition to songwriting and singing, and Galafassi’s wife Toni Collette founded the band “Toni Collette & The Finish” in January 2006. Later, Pete Farley, a fellow “Gelbison” of Galafassi, joined them.

The band embarked on a successful tour of Australia at the tail end of 2006 and the start of 2007. At the “Sydney Opera House,” the band recorded their first broadcast performance in November 2006 for “Max Sessions.” This had one of the greatest ratings when it was broadcast in January 2007.

Their band performed in the Live Earth concert in Sydney in 2007 as part of the Australian segment. The band “Toni Collette & the Finish” hasn’t put out a follow-up record since its members, notably Toni Collette, the band’s vocalist, and Dave Galafassi’s wife, are preoccupied with other endeavors. Galafassi therefore now plays drums in other Australian rock bands. Dave Galafassi acted as a club drummer in the 2013 comedy-drama film “Lucky Them,” which was directed by Megan Griffiths.

Dave Galafassi initially met Toni Collette, an Australian actor-singer, in Sydney after one of his band’s performances; they subsequently reconnected at a barbecue party and started dating. In 2002, the two became engaged.

Who Is Toni Collette?

On November 1st, 1972, Toni Collette was born in Sydney, Australia. Collette was raised in a low-income home in the Glebe and Blacktown areas. Toni loved tap dance, swimming, and netball as a child. She also developed a love for singing early on and participated in school plays.

It was obvious that Toni would pursue acting when she became 16 years old. She changed theaters and concentrated solely on the drama at the Australian Theatre for Young People. She was admitted to the National Institute of Dramatic Art by 1991, but she left after her first year to take part in a significant theater role.

Toni Collette started her television career in 1988 with a role on the show “Blah Blah Blah,” and since then, she has been on shows like “A Country Practice” and in a variety of theater performances. She made her acting debut in the comedy “Spotswood” in 1992. Anthony Hopkins and Russell Crowe were other cast members. In 1994, Toni released “Muriel’s Wedding,” a movie that was financially successful and brought in over $57 million at the box office.

Toni Collette made appearances in movies like “Cosi,” “Lilian’s Story,” and “Emma” in 1996. She received a great deal of appreciation from critics for all three. Following her role in “Clockwatchers,” Toni starred in “Velvet Goldmine,” a movie that went on to become a cult favorite. When Collette secured a significant role in the movie “The Sixth Sense,” she made significant progress. Toni was nominated for an Academy Award for Best Supporting Actress, and the film made nearly $670 million at the box office.

Before moving on to “Shaft,” “Dinner with Friends,” “The Hours,” and “About a Boy,” Toni made an appearance in “The Wild Party” in 2000. Critics praised her performances for the most part. She played a significant role in “Japanese Story” in 2003, and she also acted in “Little Miss Sunshine” in 2006. Before making the switch to television with shows like “United States of Tara,” Collette appeared in a number of independent movies. She returned to acting in films by the end of the 2000s, appearing in “Jesus Henry Christ” and “Fright Night.”

She began to appear in the Netflix miniseries “Unbelievable” in 2019, which quickly rose to the top of the network’s most popular shows. It was revealed that Toni would star in a number of upcoming Netflix movies after appearing in the movie “Dream Horse” in 2020.

On the set of “Velvet Goldmine,” Toni met actor Jonathan Rhys Meyers, with whom she had one of her earliest well-known romances. They started dating in 1997 and dated for a year. Toni Collette began dating the well-known drummer Dave Galafassi from the band Gelbison in 2002. The couple wed in a customary Buddhist ceremony in 2003. They have had two children together over the course of their relationship. Over the years, the family has resided in both Sydney and Los Angeles.

Australian actress and singer Toni Collette has an estimated net worth of $18 million. She and her husband paid $5 million AUD in 2004 for a residence in Sydney, Australia’s wealthy Bellevue Hill district. According to rumors from 2009, Collette was asking 6.5 million Australian dollars for this home. The 5-bedroom house is built in the Spanish architectural style, and it is close to Bondi Beach and the heart of Sydney. Sydney Harbor is visible from balconies, as is a courtyard terrace. Additionally, Toni and her husband bought a different property in Sydney back in 2003, which they later sold for $1.6 million.

Toni Collette reportedly purchased another property in Sydney in 2011. She invested $6 million in a five-bedroom Victorian-style house in the Paddington district. She had just spent $5.5 million on a home in neighboring Bronte, at that point. After making this purchase, the couple concluded that the modifications they had in mind would be far too expensive to be realistic, leading them to decide to relocate to Paddington. This Paddington home, which some outlets have referred to as “palatial,” allowed Toni and her husband to move in without having to worry about modifications.

However, this real estate story had one more unexpected turn. Collette and Galafassi backed out of the agreement when the time came to make the last payment and take possession of their new Paddington house. They merely lacked the funds. Anyone in the real estate industry will tell you that there is justification for legal action, and the sellers took legal action against Collette and her husband. These sellers sued Collette for more than $800,000 in damages despite being able to sell their house for the lower price of $5.5 million two years later.

Toni Collette was still required to pay $600,000 in damages to the sellers even after the Court of Appeal cut the cost by $200,000 Toni finally succeeded in selling her Bronte house for $5.75 million in an off-market transaction in 2015.

Toni Collette listed her Los Angeles residence for $1.325 million back in 2012. Toni and her husband had paid $1.33 million for the house just 18 months ago, therefore this property represented a net loss for them. Three bedrooms, a detached pool house, and French doors are included in the 2,136-square-foot property. 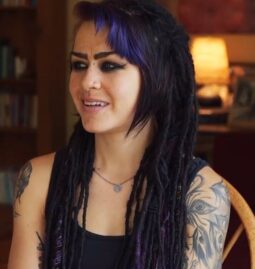 Read More
Faye Hadley is a well-known automotive technician, TV show star, and social media influencer known for restoring and repurposing antique automobiles. She is also a businesswoman, a Toyota Specialist, and a teacher that teaches automobile repair, Hot Rod …