People are only considered celebrities when they make it to the spotlight. They are celebrated for their achievements and media eyes stay on them to keep reporting happenings in their lives.  Behind the scenes of the star is a huge amount of trials and tribulation. This article focuses on the darkness faced by Eminem, before stardom.

Em grew up in Detroit moving from one neighbourhood to another with his teenage mum because they couldn’t afford a home. Frequently, relatives would throw them out or they got evicted from their home.

At the same time, Em suffered racial discrimination. He was often beaten up on his way to school, back from school, in school and within the neighbourhood.

Why? He’s White but Detroit is home to Blacks so he was like a Black living among Whites. Em was a constant victim of physical harassment and even his song Brain Damage on the Slim Shady LP  was inspired by the beating he got at age 10 that kept him in a coma for  5 days.

Whether Em has a proper parental upbringing or not is a debatable topic and I’ll leave it to you to decide.

Eminem’s dad, Marshall Bruce Mathers Jr. fled home when Em was just an infant. He cut out every possible means through which Em could reach him. At teenage, Em wrote letters to him. But he sent back the letters with a note saying, “Return to Sender”.

Em’s mum, Deborah Marshall Briggs on the other hand was just a 17  years old girl struggling to find herself. Debbie and her son were often in conflict. Em would later in his songs slander his mom and even accuse her of being on drugs.

In Cleaning Out My Closet,   Em referred to her as an opportunist and hoped that she’d burn in hell. “But how dare you try to take what you didn’t help me to get?! You selfish bitch, I hope you fuckin’ burn in hell for this shit!”

Their conflict would get so hot that Debbie even sued Em for defamation.

This may be a shocker to you, but it’s just the truth.

Eminem dropped out of school!

Does that mean he’s not intelligent? Of course not.

Eminem is intelligent. However, he failed ninth grade three times till he eventually quit at age fourteen.

Notwithstanding, Em loved the English Language and excelled at the subject. He just liked the way he could express himself with words. So he explored the dictionary to find new words for his rhymes.

This dictionary exploration habit built his flair for vivid communication in his songs.

More Darkness at school for Eminem. De Angelo Bailey was a sixth-grader while Em was in fourth grade. Bailey beat Em every day. “One guy used to beat my ass every day,” he recounted to FHM.

Bailey would roughly push Em into the locker, steal his lunch and even lunchroom seat.

In another incident, Bailey sneaked up on Em while he was using the restroom. From behind, Bailey grabbed Em’s head and smashed it repeatedly on the toilet till his nose was bleeding. Bailey was even choking him at the same time.

Eve Rapper Net Worth: How She Went From Stripper To Rapper

Bailey often took any opportunity he had to pounce on his helpless victim, Em.

One afternoon at age 10 when Em was at Dort Elementary’s playground, something terrible occurred. “Bailey came running from across the yard’ Em recalled to the Rolling Stone, and hit me so hard into this snowbank that I blacked out”.

This particular incident almost ended Em’s life. A while after he got home, his left ear began bleeding. By the time his mom took him to the hospital for a brain scan, he fell into a coma and remained unconscious for five days.

The doctors diagnosed him with Cerebral Hemorrhage. A medical condition wherein one bleeds profusely in the brain.

Em’s situation was too bad that the doctors began considering whether to institutionalize him or not. In the end, his mom decided to take him home and he began recovering a few months later.

But Em had to relearn basic skills like eating and speaking as a Cerebral Hemorrhage is very likely to affect one’s memory.

What These Experiences Did To Em?

If you’ve been a fan of Eminem; there’s one sure thing you know about him. His lyrics are vengeful, sarcastic, offensive and he doesn’t care about what people have to say about him. He cusses anything and anyone he feels resentful towards and says virtually anything he conceives in his head.

His alter ego LP Slim Shady is mostly about his ugly experiences and the song Brain Damage from the same LP paints the life-threatening incident he had with De Angelo Bailey.

The pain, anger, and resentment that developed as a result of his ugly life experiences turned out to be the foundation of virtually every musical work he puts out.

Living in poverty, having an absent father, conflict with mom, and constant physical and emotional abuse formed the hot fury with which Em raps. From his lyrical lines, it’s obvious that Em strongly has a need to prove himself and he’s verbally revenging on all that ever hurt him.

Is Eminem One of the Shortest Rappers? How Tall Is He? and More Read More
Young American actor Sadie Sink is best known for playing “Max” in the popular Netflix series “Stranger Things.” Despite having no family members in the acting industry, she found herself drawn to the idea of pursuing a career … 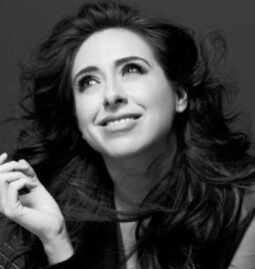 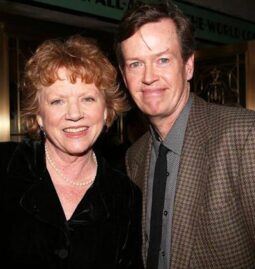