Lana Rhoades baby daddy might have been revealed on the June 7, 2021, episode of her podcast 3 Girls 1 Kitchen how a certain Brooklyn Nets basketball player asked her out on a date. Although she did not expressly address Kevin Durant by name, she did provide a suggestion that the player in the issue is a Libra. And according to reports, Kevin is the only Libra in the group. Lana called him “boring” and said he wasn’t “spicy enough” for her taste, so she didn’t exactly have much appreciation for this individual or the date in general. She went on to say that the athlete even brought a “backup date” with her to their rendezvous! Although it appears that things weren’t as wonderful as one could want on a first date, the internet hasn’t let that stop it from guessing.

Numerous internet followers have speculated that Kevin might be the baby’s father based on the timing of this day being revealed alongside her pregnancy announcement. The story hasn’t been addressed by Lana or Kevin as of yet, and it does seem like a bit of a stretch given the unimpressive way Lana described their meeting.

Rhoades first met Logan Paul a few years ago, and the two quickly grew close after the WWE star introduced her to her ex-boyfriend Mike Majlak. Even when Lana Rhoades gave birth to a child with an unknown baby daddy following their breakup, they remained close friends. Who the real father of infant Milo is has been a subject of conjecture for a while. Majlak has frequently refuted claims that he is the father.

Whoever the father is, he is not supporting Lana Rhoades care for the child because she made the decision to keep the father’s name a secret. Despite the fact that she has frequently brought up a failed date she once went on with Kevin Durant.

Numerous indicators point to KD as the potential father, particularly when considering baby Milo’s obvious racial mix. The father’s status as an NBA player was simply a rumor prior to this “Impaulsive” episode.

Lana Rhoades, a podcast presenter, and former adult film star startled the world last year when she revealed that she was expecting a child. She published a picture of a sonogram next to some flowers on Instagram on June 1, 2021, but the post has since been archived.

A few days prior to the disclosure, Lana even addressed it in response to a Twitter attack accusing her of using excessive amounts of Botox. The “pregnancy glow,” she corrected them, was what she meant. On Instagram, Lana doesn’t frequently share details about her personal life, and none of the remaining posts on her page feature someone she refers to as a lover.

In January 2022, Lana gave birth to the baby, a son called Milo. Only one picture of the baby and the comment “Mom life is the best life” have been released by Lana on her Instagram account, considering how private she is about her personal life.

In the end, despite the specific reports, it’s plausible that Lana may have become pregnant after splitting up with Mike thanks to someone else in her life.

Some people seem to think that Lana’s child might be Bryce Hall’s. The two were involved in an infidelity controversy last year and accused of doing things behind Mike’s back. People were still talking about them after The Hollywood Fix overheard them having what appeared to be a nice conversation in a restaurant.

At this point in the game, it’s obvious that Lana would be the only one to expose the identity of Lana’s baby daddy, whoever he may be.

How did Mike react when Lana became pregnant? Mike immediately observed his followers enquiring as to his paternity. He first posted a deleted tweet on Twitter seeking to be a guest on the Maury show. “Does anyone have a contact at the Maury show? no big deal.” The tweet has been removed. He later stated, though, that he is not the father of the Impaulsive podcast.

American model and pornographic actress Lana Rhoades was born in Illinois. She made the decision to become an adult movie star at the age of 16, and at the age of 18, she started working in the field.

Lana Rhoades was a bartender at the Tilted Kilt in Illinois before becoming an adult film star. She married Jon, also known on Instagram as @BigDad 87, when she was 18 years old. For five years, they lived together. She relocated to Los Angeles in 2014 to begin her career in the adult entertainment sector.

She enjoyed performing and dancing when she was young. In high school, she competed in gymnastics frequently and was a member of the cheerleading squad. She relocated to Los Angeles, California, after finishing high school, where she began her career. Prior to going to work as an exotic dancer, she initially served as a server at the Tilted Kilt sports bar.

Read More:Riley Curry: What To Know About Steph Curry And Ayesha Curry&#8217;s Daughter Rhoades began her career in pornographic films after signing a contract with the Spieglergirls agency. However, she spent five months with the agency before departing to spend ten months working for LA Direct Models.

She also moved to Los Angeles after high school for a variety of reasons, one of which being making touch with the Spieglergirls agency.

Rhoades took several breaks from her job before she finally left. She traveled to Chicago, Illinois, in the United States on her first sabbatical, which lasted three months and began in August 2016. Later in November 2016, she returned to the entertainment industry.

She officially announced in 2018 that she was leaving her career as an adult film actress to pursue other personal endeavors. Nevertheless, her retirement was only temporary because she made a significant comeback in January 2020.

She was a co-host of the podcast 3 Girls 1 Kitchen and is now an influencer and digital producer. She also has a self-titled YouTube channel with over 1 million subscribers, although there are presently just 4 videos on the channel, which indicates that it is not particularly active.

Over a million people follow Lana Rhoades on Twitter, and over 16 million people follow her on Instagram. Due to her work in the adult film industry, Lana Rhoades has taken over social media. She still maintains a loyal following despite resigning. Life hasn’t stopped for her after retiring, as she is rumored to be launching her own podcast shortly and has a kid on the way. 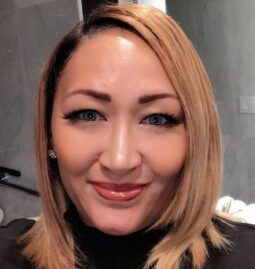