Hong Kong-Taiwanese actress and model Lin Li-hui is better known by her stage name Shu Qi. She was one of the highest-paid Chinese actresses as of 2014.

Shu Qi, who was up in New Taipei City’s Xindian Township, moved to Hong Kong at the age of 17 to pursue a career in movies. Manfred Wong, a Hong Kong film producer, finally took her under his management and cast her in a number of Category III Hong Kong films, including Sex & Zen II.

With Karen Mok and Leslie Cheung, Shu Qi featured in Derek Yee’s 1996 movie Viva Erotica, which was about the sexual cinema industry in Hong Kong. At the 16th Hong Kong Film Awards in 1997, she won Best Supporting Actress for her work in Viva Erotica. Since then, she has made the move into mainstream acting by appearing in Hong Kong movies including Portland Street Blues (1998), City of Glass (1998), the smash hit Gorgeous (1999), Stanley Kwan’s The Island Tales (1999), and Hou Hsiao-Hsien’s Millennium Mambo (2001).

Read More On: Yamilet Ayala Gonzalez: What To Know About Daddy Yankee&#8217;s Daughter

Shu featured in The Transporter, the first entry in the Transporter franchise, a 2002 French movie. Her entry into the American market was made with this. In the American romantic comedy New York, I Love You in 2008, she played a little but memorable role.

The Foliage (2004), a romance movie set in Yunnan during the Cultural Revolution, was one of Shu’s early well-known films. Her performance earned her the Best Actress prize at the 13th Shanghai Film Critics Awards. Shu and Hou collaborated once more for the Cannes Film Festival entry Three Times (2005), which also earned Shu the Golden Horse Award for Best Actress.

Shu co-starred with Korean actor Lee Beom-soo in the third iteration of the gangster movie My Wife Is a Gangster in 2006. She also appeared in the criminal drama Confession of Pain with Tony Leung Chiu-wai and Takeshi Kaneshiro.

In 2008 and 2009, Shu served on the juries at the Berlin International Film Festival and the Cannes Film Festival, respectively. For her portrayal in the romantic comedy film If You Are the One, directed by Feng Xiaogang, she was recognized at the Huabiao Awards as Best Actress for the Taiwan and Hong Kong region. The year’s highest-grossing Chinese movie was a romantic comedy.

Stephen Chow’s 2013 film Journey to the West: Conquering the Demons, which was partially based on the Chinese literary classic Journey to the West, stars Shu. The movie surpassed Lost in Thailand to become the most successful Chinese production.

Read More On: Galina Becker: Is She Roman Reigns’ Wife?

In his debut wuxia movie, The Assassin (2015), which starred Shu in the title role, the two actors reunited. Shu earned the Best Actress prize at the Asian Film Festival, and the movie garnered overwhelmingly excellent reviews at the Cannes Film Festival. She starred in the blockbuster movie Mojin: The Lost Legend the same year, which was based on the well-known adventure book series Ghost Blows Out the Light.

Shu, Feng Shaofeng, and Victoria Song portrayed the main characters in the Chinese version of My Best Friend’s Wedding in 2016. She was also cast in the 2017 Spring Festival debut of the fantasy comedy The Village of No Return. Shu co-starred with Andy Lau and Jean Reno in Stephen Fung’s The Adventurers in 2017.

Shu has an appearance in Shanghai Fortress, a 2019 science fiction movie that is based on the 2006 book Once Upon a Time in Shanghai.

Shu Qi was chosen by Kenzo Takada to take part in the third advertising campaign for the brand’s popular fragrance Flower by Kenzo from 2006 to 2009. She also served as Shiatzy Chen’s spokesman.

Since 2008, Shu Qi has been a brand ambassador for Frederique Constant in Asia. She redrew the murals on the walls of the cardiology department at the Beijing Children’s Hospital in 2009 alongside Frederique Constant and the Paint-a-Smile Foundation.

In 2016, Shu wed Stephen Fung, an actor, and director from Hong Kong. They had been dating for four years when they first connected on the set of the 1997 romantic drama Bishonen.

Read More On: Johnny Knoxville: Net Worth And His Amazing Career In Hollywood And WWE

How is the physical appearance of Shu Qi?

According to her body statistics, Shu has a stunning model with a thin physique with long legs, a flat tummy, and round hips. She has natural tits and black hair and eyes. She is 34 inches long, 27 inches wide, and 32 inches tall. Shu is 58 kilos and 5 feet 6 inches tall.

Who is Stephen Fung?

Stephen Fung is the stage name of Fung Tak-Lun, a Hong Kong actor, singer, writer, and director who was born on August 9, 1974.

Fung debuted as an actor in Forbidden Nights (1990). He has since appeared in more than 40 movies and established himself as a household figure in China. Enter the Phoenix, which Fung wrote, helmed, and starred in for Jackie Chan’s newly established business JCE Movies Limited in 2004, was an immediate success. Fung’s first project with renowned action director Yuen Woo-ping, House of Fury, his second film as director and star, was a commercial success.

Fung directed Jump, a film written and produced by Stephen Chow for Sony Columbia Pictures Asia, in addition to continuing his acting career. The “Taichi Trilogy’s” first two episodes, Tai Chi 0 and Tai Chi Hero, were directed by Fung in 2012.

In the current season of the AMC original series Into the Badlands, which stars Marton Csokas, Daniel Wu, Nick Frost, Sarah Bolger, and Fung, Fung acts as executive producer, director, and action director. Fung’s sixth movie as a filmmaker, The Adventurers, was released in 2017. Andy Lau, Jean Reno, and Shu Qi are the film’s stars.

Fung is currently working on Wu Assassins for Netflix. He also served as executive producer and directed the first two episodes.

In 2021, Media Asia and Louis Koo’s One Cool Group founded the entertainment firm Cool Style. Fung’s production company Film Magic Pictures made an investment in it. The range of Cool Style’s operations includes artist management and associated enterprises with the goal of fostering new forces with access to a wealth of resources and platforms. 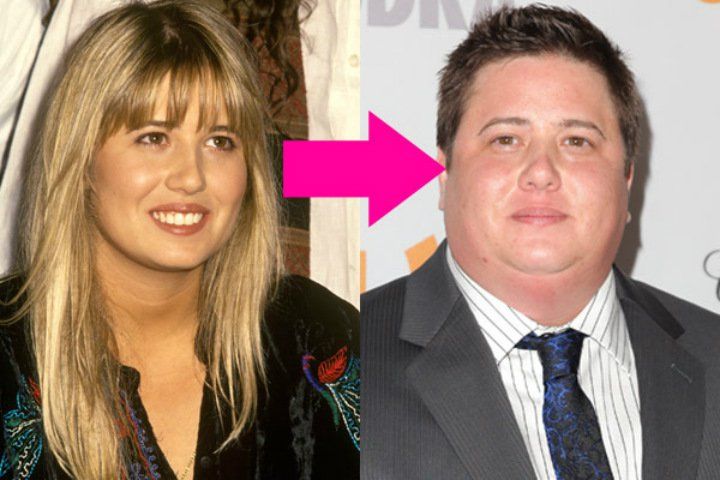 Read More
Chaz Bono is an American writer, actor, and musician who became well known as a child because of his appearances on their television show, The Sonny & Cher Comedy Hour. Chaz Bono’s net worth has been a hot … Read More
Lana Rhoades baby Daddy may be Kevin Durant. Lana Rhoades baby daddy might have been revealed on the June 7, 2021, episode of her podcast 3 Girls 1 Kitchen how a certain Brooklyn Nets basketball player asked her …