DeAndre Cortez Way, also known as Soulja Boy or Soulja Boy Tell ‘Em, is an American rapper and record producer. He was born on July 28, 1990. His first single, “Crank That (Soulja Boy),” landed at number one on the American Billboard Hot 100 in September 2007. The song was first self-published online and later reached number one in the US charts for seven separate weeks beginning in September 2007. After earning $7 million in 2010, Way was ranked number 18 on the Forbes list of Hip-Hop Cash Kings on August 17. DeAndre Cortez Way, better known as Soulja Boy, was born on July 28, 1990, in Chicago, Illinois. He developed an interest in rap music after his family relocated to Atlanta, Georgia when he was six years old. He relocated to Batesville, Mississippi, when he was fourteen. His father built a recording studio in the house so that his son could practice making music.

Soulja Boy uploaded his music to the website SoundClick in November 2005. He created accounts on YouTube and MySpace when they received favorable feedback.

Read More On:  Merritt Wever: Interesting Facts About Her

He recorded something in March 2007 “Unsigned and Still Major: Da Album Before da Album“, Crank That (Soulja Boy  )’s debut solo album, was released. To show off the “Crank That” dance, he also produced a cheap video. Towards the end of May 2007, Soulja Boy signed a deal with Interscope Records when Crank That (his song) was played on the radio.

“Crank That” reached the top spot on the Billboard Hot 100 in September 2007 and remained there for seven weeks. Soulja received a Grammy nomination as a result of the song.

His debut major-label album, “Souljaboytellem.com,” was published in October 2007 and peaked at number four on the U.S. Billboard 200. The RIAA has since awarded its platinum certification. He released his follow-up album, “SouljaBoyTellem,” fourteen months later.

In 2010, “The DeAndre Way,” his third studio album, was made available. “Loyalty,” his fourth studio album, was released in 2015. Gucci Mane, Sammie, Shawty Lo, and Arab are just a few of the hip-hop musicians with whom Soulja Boy has worked. 2019 saw the release of “How Can You Blame Me?” his fifth studio album.

While Soulja Boy was signed to Interscope, Soulja Boy started his record company, Stacks on Deck Entertainment (SODMG). Since starting the label, he has signed a variety of musicians. On May 30, 2016, Way made the announcement that SODMG has dropped all of its musicians. Lil 100 was re-signed by Way in 2019 along with the Atlanta singer 24hr.

In a November 2010 interview with XXL Magazine, Way made the following comments about his amateurish rapping style and empty lyrical approach while discussing how he has improved as an emcee:

“I can’t keep playin’ around, because if you keep playin’ around, people are gonna think you’re a joke … At some point, you have to get serious. But don’t get it twisted, Soulja doesn’t wanna be the next Lupe Fiasco. I don’t want to be super-Lupe-Fiasco-lyrical and niggas don’t know what the fuck I’m talking about,” he added. “I want to be the best,” he continued. “I want to be recognized in that category where I’m nominated for Best Rapper with Jay-Z and Kanye and Lil Wayne. I wanna get a Grammy. I want Best Rap Album of the Year … I’ve made millions of dollars off of doing my style, but, hey, I can rap, too.” 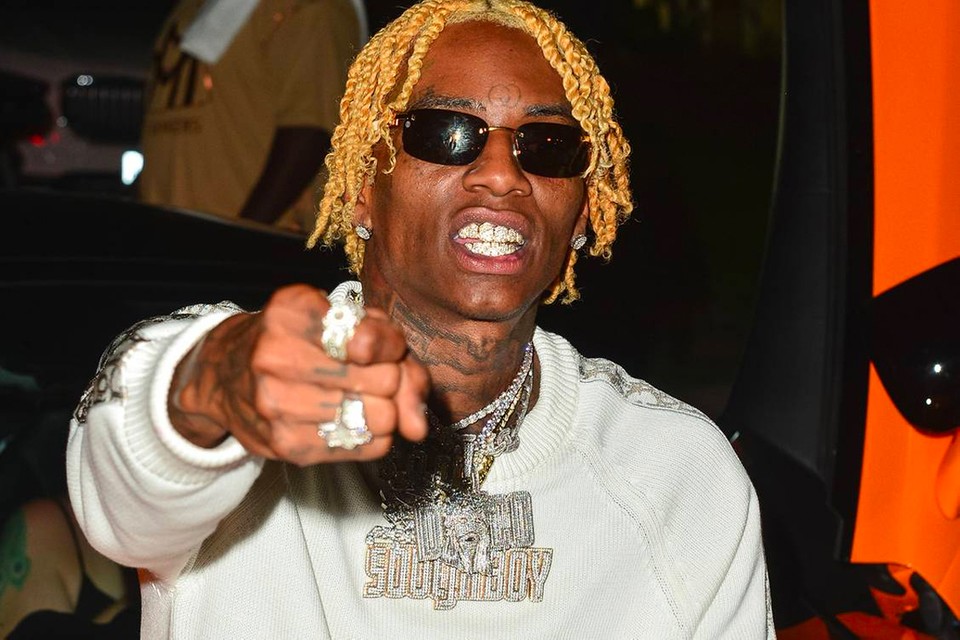 On December 5, 2010, Way explained his claim that Lupe Fiasco was overly “lyrical,” noting that he intended to maintain the simple musical style he had created and providing an explanation for why he doesn’t maintain a lyrically based flow and more complex lyrical subject matter on every song. As said by Way:

“[XXL Magazine] didn’t [publish] my whole statement. And basically, the interviewer dude, he was asking me why do I make lyrical songs like ‘Only God Knows,’ ‘Born’ … ‘The World So Cold,’ and why do I make non-lyrical songs like ‘Crank That’ and ‘Pretty Boy Swag’? And he was like, why don’t I just be lyrical all the time? And I was telling him on [a] specific song, like ‘Pretty Boy Swag,’ I ain’t wanna be all lyrical. I just wanted to be straight-up, and just be simple, [so] people can get what I’m saying ’cause it’s a club song. But I wasn’t saying as far as my whole music [output, with] all of my songs, that I don’t wanna be rappin’ like Lupe Fiasco.”

Soulja Boy went on to say that he and Fiasco had no bad blood and that they had intended to collaborate on a single.

Soulja Boy unveiled his official collection of “S.O.D. clothing” on March 5, 2008. Way introduced his own line of the well-known “Yums” shoe collection in the same year. Soulja Boy and fashion designer D. Young launched the official “Ocean Gang” apparel line on February 14, 2012. BLVD. Supply, a line that Way developed and introduced in 2012, is a store that is situated in Los Angeles, California.

Nintendo hijacked the SouljaGame website, which now points to Nintendo’s website. The SouljaGame Portable, another handheld that resembles Sony’s PlayStation Vita, was made available on Soulja Boy’s SouljaWatch website on January 12, 2019.

Rapper Bow Wow was challenged to a race in their pricey luxury vehicles by Soulja Boy in early February 2009. Both rappers at the moment were driving Lamborghinis. Soulja Boy asserted that Bow Wow’s car was hired, adding gasoline to the fire of their argument. A Twitter fight erupted after Bow Wow demonstrated that he was the owner of the car.

Both rappers exchanged trash tracks with one another in a couple of days. “F*ck Bow Wow,” Soulja Boy texted. “What I Think About You” was sent by Bow Wow to Soulja Boy. Once their differences were resolved, the two rappers collaborated on the “Ignorant Shit” mixtape, which was published in 2016.

Midway through April 2013, Soulja Boy threatened the life of rapper Chief Keef on Facebook. Keef’s phone number was shared by Soulja Boy, who urged followers to call Keef and inform him that he was on his way and carrying a pistol.

As Soulja Boy persisted in posting, Keef eventually let him know that he was in London. Soulja Boy asserted that the messages that were sent through his hacked email and social media accounts were not his own. Since then, the two have worked out their issues.

Soulja Boy and singer Chris Brown got into trouble on January 3, 2017. After Way liked a photo of the model herself, Karrueche Tran, Brown’s ex-girlfriend, the feud eventually broke out after Way threatened the model. Within minutes, the two started exchanging Instagram videos with one another, such as Chris Brown accusing Way of “snitching” or Way making fun of Brown’s daughter and his infamous 2009 altercation with singer Rihanna. Way expressed regret for the incident the following day and expressed a desire to work with Brown.

A series of confrontations between Tyga and Soulja Boy began when Soulja Boy claimed on the radio program The Breakfast Club that he had the biggest comeback of 2018 over Tyga. The two eventually exchanged diss recordings over the instrumental from Blueface’s song Thotiana as a result of their dispute.

Later that year, Way was the target of a tweet from YouTube star Jake Paul that said, “I wanna box @souljaboy,” to which Paul replied, “Boy I’ll knock you out.” Paul began the conflict in response to his appearance as an undercard in the boxing match between Logan Paul and KSI.

When Paul drove to Way’s house to ensure they would be taking part in an official boxing battle, which Paul had claimed he would wager $20,000,000 on, the two eventually came face to face. The same day, Paul posted a video to YouTube in which he stated that he was unsure of his position in the rematch between himself and KSI, which raised doubts about the fight’s official standing between him and Way.

The next day, Way’s claim of ownership was obliquely addressed and refuted in a tweet from Atari’s official Twitter account, which read: “We know that CEO of Atari is a dream job, but that honor belongs to Wade Rosen.” Way demonstrated a contract in a video response to the tweet that guaranteed him Atari tokens, the cryptocurrency used by Atari.

Soulja Boy was detained in Atlanta, Georgia, on October 7, 2009, on one count of obstruction, a misdemeanor, when he fled from police after being told to stop making a video at an abandoned home. The rapper’s $550 bond allowed him his release.

Legendary rapper Ice-T advised Way to “eat a dick” and called his song “Crank That” “garbage” in comparison to the work of other hip-hop artists including Rakim, Das EFX, Big Daddy Kane, and Ice Cube in June 2008 on DJ Cisco’s Urban Legend mixtape. The two then communicated via video over the Internet. Soulja Boy was defended by Kanye West with the justification that the young musician produced new, original work for hip-hop. An episode of The Boondocks from 2010 parodied the conflict.

Soulja Boy was attacked and robbed on December 30, 2008, inside his house. Six masked males with AK-47s were described as the robbers in the initial reports from the location. However, a video of two masked guys taking sole responsibility for the crime appeared online the day following the occurrence. Soulja Boy detailed the evening to MTV News in January 2009.

Soulja Boy claimed that after an album release party, he returned home quite late and was in the middle of recording tracks with friends when the thieves, brandishing firearms, burst into his house. He asserted that the robbers forced open the door and pointed an AK-47 at the head of his comrade.

Deion Jenkins, Soulja Boy’s younger brother, perished in an automobile accident on the evening of March 22, 2011.

In order to shift towards acting opportunities in film and television, Soulja Boy got all of his face tattoos erased in 2020. When he was 16, much to his mother’s dismay, he got his first face tattoo. Since 2016, he has been expressing interest in having them removed. He fears that if he continued to play gangster or drug dealer parts, he would become a typecast actor.

Soulja Boy’s net worth was $30 million as of July 2022. His numerous hit tunes account for the majority of his wealth. His most popular album, Crank That, alone garnered $8 million. His lucrative business endeavors and successful music career have allowed his income to increase over time. Despite the fact that his best work may have been in the past, he has perfectly prepared himself for life beyond music and will continue to make millions of dollars.

Soulja Boy made almost $7 million in 2012 alone, which was enough for Forbes to list him as one of the year’s Hip Hop Cash Kings.

Just outside of Los Angeles in Agoura Hills, California, lives Soulja Boy. In the past, he had a house in McDonough, Georgia, a suburb of Atlanta. That home was sold by him in 2010. Read More
Tory Lanez Height Tory Lanez height is around 5 feet 3 inches (about 1.60 m). According to charging documents obtained by The Sun,  In a world where even the slightest flaw may be made fun of, people focused on Tory’s actual height, especially in comparison … 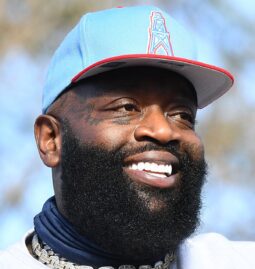